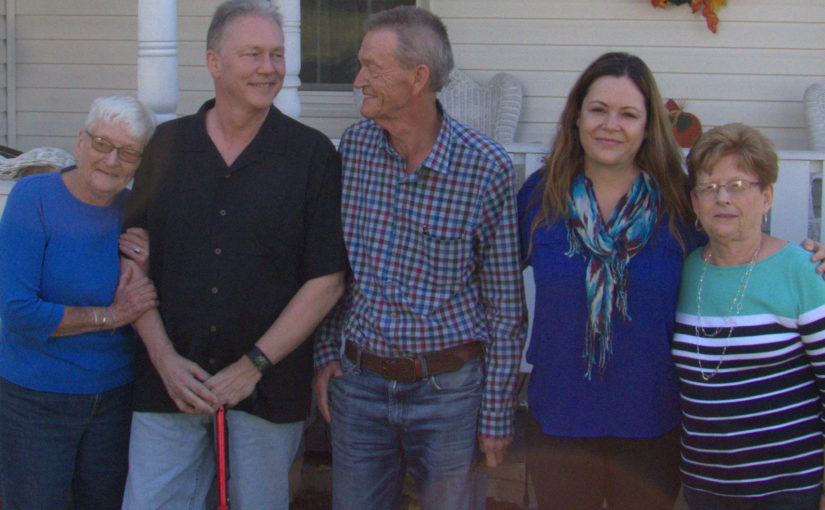 Richard introduced Tom a half-dozen times this weekend. Each time, he said those words clearly and with warmth. It felt better each time.

Tom realized that he’d never heard it spoken that way before.

The impact of these words sums up what became clear over the five days together.

It wasn’t my imagination that Tom and Richard have much in common – even though they are both very unusual people. When Richard talked about his flashlight collection, or when Tom made an observation about the town, the other would be nodding along, laughing along, understanding completely after just a few words.

After the first few times this happened, Richard started to pull out an imaginary sheet of paper with a list of traits. “Check!” He’d tick the box with an imaginary pen.

There were so many check marks by today that I was sorry I hadn’t been writing them all down.

The bonding with Richard was amplified by the presence of Danielle, a sister in wit and brains. She’s a well-educated and well-traveled woman who nonetheless is down to earth in that way Tom and I really appreciate. Danielle wasn’t expecting to meet a brother on this trip, but she handled it with great aplomb. We liked her for that alone, and it just got better from there.

I loved watching them together. And now I have a sister-in-law – another joy, in a week of new joys.

Last night I gave each of them a Christmas ornament of fused glass – the same pattern of colors, but composed slightly different for each person. Richard is blue, Tom green, Danielle yellow, Jane red and Sara lavender: “Now you are always united,” I told them.

We kept putting off our departure today, but when it got to be 3 o’clock, the dwindling hours of daylight forced us to get up from our chairs.

“You can’t drive if you’re crying,” Tom said softly as I finally pulled the car away from the curb.

Only the promise of future meetings made it possible to drive on.

One thought on “Bonded”