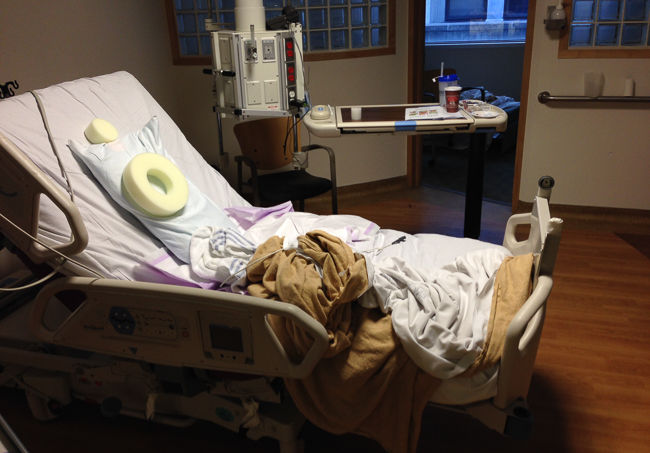 FRIDAY, Nov. 27 (WORDPRESS BULLETIN):
Just 12 days after collapsing with a ruptured brain aneurysm, blogger Lisa Schnellinger has been released from Emory Hospital in Atlanta to the custody of her primary caregiver Tom Willard.

There were unconfirmed rumors of a threatened mutiny by Emory staff nurses if Schnellinger were not discharged before the weekend. Doctors, however, claimed that Schnellinger’s recovery has been rapid, and justified her early release.

Willard battled Black Friday traffic to get Schnellinger safely home and then half-carried her inside when her sciatica left her nearly unable to walk. He went immediately to have filled the large stack of prescriptions required for Schnellinger’s care and was not available for comment.

Schnellinger said she was “deliriously happy” to be out of the hospital.

“An intensive care unit is no place for sick people,” she said.

“I am looking forward to getting some sleep in the same bed as my darling husband.”

Further updates will be provided as they become available.