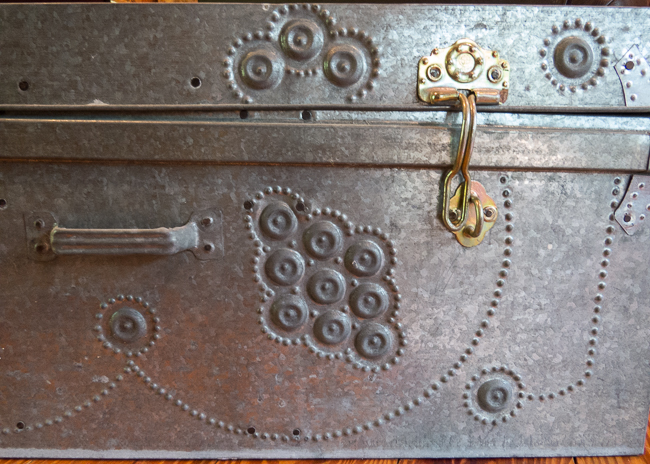 When we first went to Afghanistan, we stayed in a guesthouse called Chez Ana on Passport Lane. It was a quiet street that began at the passport office on Salang Wat, and Ana’s was at a little crook in the dirt road.

Ana was from Croatia, and she did what she could to deal with the hodge podge of foreigners who’d descended in 2002 to rebuild Afghanistan. Sometimes her dark eyes would get huge and she’d scream at the staff.

Chez Ana’s had a guard, but Kabul wasn’t dangerous then. I don’t think the guard even had a gun. I walked 20 minutes to work, and Afghans smiled and waved and shouted hello.

From the yard at Chez Ana’s, and from the rooms with the windows opened, you could hear metal clanging. It started not long after dawn and went on all day and into the evening.

It was a pleasant sound, thick and thin tones weaving around each other, rhythmic but human. A kind of music. I liked hearing it at the end of the day. It hammered in a sense of accomplishment, like things were coming together.

The metal music was coming from one street over. It was where all the metal trunks in the city were made and sold.

The designs were hammered in by hand. The men used whatever they had to make the designs. They worked steadily but they stopped when a foreigner appeared, and they had beautiful smiles.

We got a metal trunk, and used it while we lived there. The trunk followed us to Dubai when we left, and then to Georgia when we came back to the U.S.

In these nine years, while things fell apart in Afghanistan, the trunk has been in my office, on the art studio side.

I kept bulky photo albums inside of it – Syria and Turkey, China and Vietnam, Seattle and Afghanistan. The trunk is so heavy I can’t move it. I stored it under a table out of the way and never opened it.

The mess from the water damage and re-plumbing has forced me to redecorate my office, and it’s time to lighten up the space. Too much stuff that I never use, too many unfinished projects weighing me down.

I took the photo albums out of the Afghan trunk and carried them upstairs to go to storage. Then I brought the trunk up separately.

The trunk is light; the metal is just tin.

I wonder what happened to its maker.

Today’s penny is a 2002, the year I first heard the music of the trunks.

One thought on “Heavy metal”