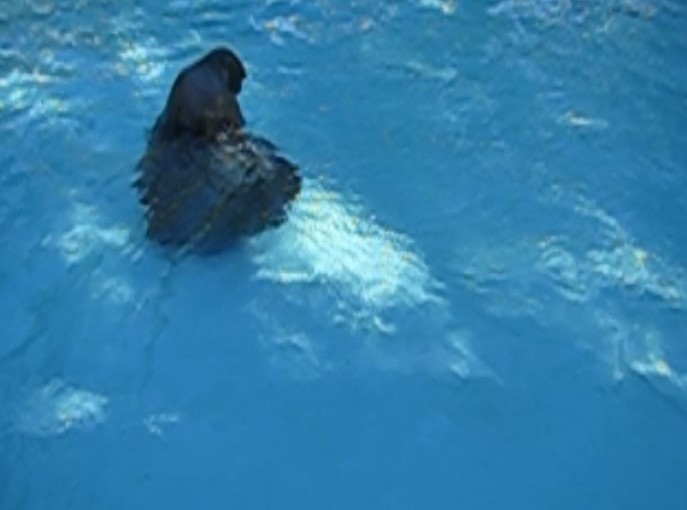 I woke up early this morning certain of one thing: I will not live past this year. I will not survive past the age of 56.

It was not a panic, nor a vague fear. Just a clear understanding: 56 is it, the final year.

There was no image of death in a fiery wreck or a wasting away of cancer. Only the knowledge.

I digested this with detached calm, and then thought, “Hell, I better get moving on these art projects!”

And as I lay there, I saw clearly what petty things had gotten in my way, saw a different kind of year ahead, saw a furious whirlwind of creation to bring into the physical world those visions of my imaginings, a maelstrom that absorbs the whole universe.

It’s still hot – high 80s – in Atlanta, and on a weekday afternoon no one was at the community pool. I took my camera and a large gray sheet, and filmed in slow motion my dance with death.

[No sound in this video]

I gave over to my limbs the freedom they needed, let them create shapes of struggle and escape, flailing and flight.

Happier, in a certain childlike way, than I have been in a long while.

I may not live to be 100. But today my mortality, in all its certainty, prolonged my life.