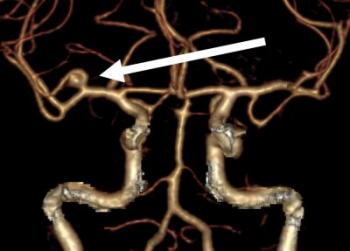 Why did the walls of my brain artery get thin and balloon out? And then rupture?

I’ve asked all the nurses and doctors who have come to my room. Seems like there are a lot of them, but I’m not getting much in the way of answers.

“Smoking,” a few offer. But I haven’t smoked in 10 years, didn’t smoke heavily when I did smoke. And besides, the reason smoking gets listed as a risk factor is that it causes high blood pressure.

“Family history,” one doctor said. Well, no one in my family history had a brain aneurysm that we know of. Besides, even if others in my family had aneurysms, that doesn’t tell me the mechanism that created mine.

“It’s a plumbing problem,” joked one of my surgeons, making a crook with his fingers to illustrate. Where there’s a joint, the wall can weaken over time. But that doesn’t tell us why some joints weaken and all the others don’t. (Dad would know. I miss him.)

There’s not even a huge correlation to age. The average age for this is 50, but there are people in their 20s and even children who get aneurysms and some of them rupture.

But we don’t know why.

The bottom line is that the cause of an aneurysm itself is not known.

In Finland, a study showed 1% of the population incidentally had an aneurysm at the time of death that had never ruptured. In another study, researchers found that only about one-third of all aneurysms rupture.

Some aneurysms don’t get diagnosed, one doctor told me, because the person falls down, crashes their car or has some other secondary effect which is then treated as cause of death.

In the U.S., about 30,000 people a year suffer a ruptured brain aneurysm. About 40% of those people die from it, according to an article quoting the National Institutes of Health.

One nurse practitioner, though, had an interesting observation about brain aneurysm patients.

“This is not backed up by data or research,” she cautioned. “But, it does seem that a lot of these patients are anxious, stressed or depressed.”

Today’s penny is a 2014, for the date of the release of the Finland study.

[This post was written after the fact and published under the date of Nov. 18]