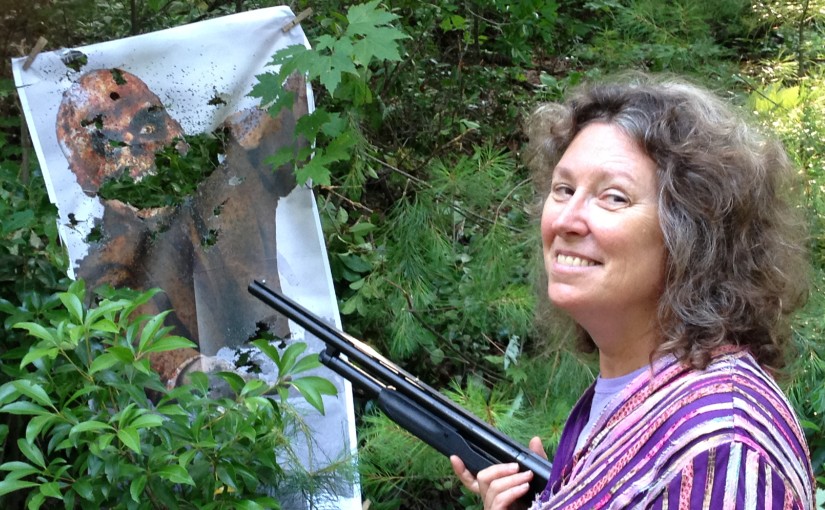 When the penny was redesigned in 2009-10, the new reverse side featured a shield. The slogan E pluribus unum – “from many, one” – became larger.

In the last few days, I’ve wondered if there is anything which we all agree on.

Surely we all agree that the murder of innocents is wrong and that we should strive to prevent it. Where does the conversation break down?

I own a shotgun, for sport rather than self-defense, but I do keep it within reach in those places where I’m likely to encounter a rattlesnake. Or a zombie.

As a general principle I don’t oppose allowing sane, responsible adults to own guns – if they have a reason to do so, and know how to care for and use them safely. I know many people who hunt for their food, and I don’t see how anyone can argue against their right to do that.

Yet I’m bewildered that the slightest mention of putting any sort of control around the possession of guns – even something relatively innocuous, such as renewing the ban on assault weapons, registering gun ownership, or requiring liability insurance – cannot be calmly discussed in public forums. Instead, it gets stirred into a vicious debate where neither side is listening.

The need to have restrictions on ownership and use of a lethal weapon is just plain common sense.

We have to air all the voices in this debate – and everyone needs to listen.

But above all, when the people DO agree – such as on background checks  for gun purchases – their elected representatives must listen to them.

Not listen to the campaign contributions of gun manufacturers or the NRA.

Because associations and corporations are not citizens.