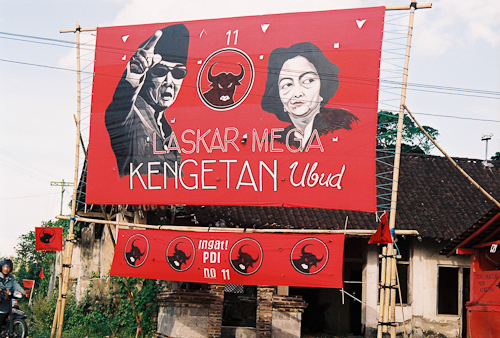 Time was that I could rattle off the election regulations for Georgia – the Republic of Georgia, that is.

In 2000, 2001 and 2002, I was in Tbilisi for a month at a time, working with local journalists to help them cover elections. Part of training them about their role in a new democracy was to train them to be election monitors.

The official poll monitors weren’t journalists – they were citizen volunteers trained for that role. But I felt the journalists covering the polls should learn the same rules as the monitors did – how a polling station should be run in order to ensure elections were free and fair. It was a good way to teach them the skills of close observation, attention to details, and the value of facts rather than opinions.

Each time, I learned the local elections regulations along with the journalists.

Until this year, though, I didn’t know much about the exact election regulations in my own U.S. state of residence.

I covered elections from my earliest years as a reporter, but no one drilled into me the need to know polling station rules. It just wasn’t an issue. Poll workers and elections officials were by and large neutral and trustworthy. My job was just to report the results of the voting.

Until 2000, I took for granted our American poll protections. I trusted that American elections were run within the law and in a way that offered every adult citizen the right and the opportunity to vote. We were the model democracy, after all.

I knew better, and I didn’t try to hold out the U.S. as the ideal example.

In the past 16 years, I’ve come to realize just how little I knew about my own country’s elections. I took a University of Michigan course about electronic voting a few years ago that further opened my eyes to the actual logistics of votes and vote-counting.

This year, I’m alarmed by the potential for disruption, intimidation and interference at the polls. Tom and I have signed up to be poll watchers and observers here in North Georgia. My sister Ann will be visiting on Election Day, so we roped her into it too.

The regulations here in Georgia are pretty voter-friendly. But you have to know them in order to enforce them.

Regulations differ from state to state and sometimes even county to county. Poll observers have to learn the local rules.

I did the training last week, and then again today with Tom. It’s a lot to learn. But it’s the least we can do.

I’m hoping that this election is cleanest and fairest that I’ve ever observed – in any country.

Today’s penny is a 1999, the first year that I trained journalists overseas on elections coverage, in Indonesia. That’s the featured image above.