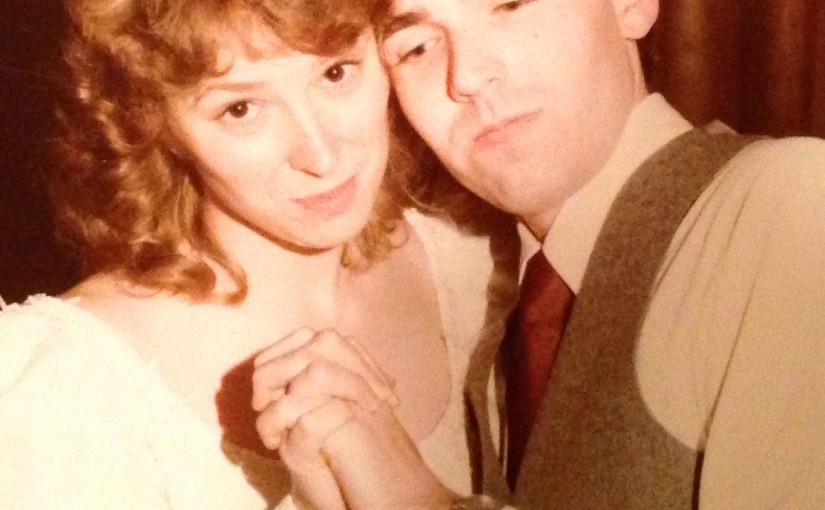 Today was another first: I got to play Trivial Pursuit with two people who have known me for more than 40 years.

I lost. But what a fun way to lose.

One of the two was my oldest sister, Ann, who is among the very select group of people who can say she has known me all my life.

The other is Dan. He is not my oldest friend; he is only about six months older than me. But he is the person with whom I’ve consistently been friends the longest – since junior year of high school.

We aren’t really sure how we became friends. It was an unlikely friendship: I was a loud feminist who took issue with the Catholic church at every opportunity, and Dan was a quiet, conservative, obedient boy who was headed for life as a religious.

My memory is that it started when we sat next to each other in American history. We had a pop quiz and the teacher asked a question about the strategic advantage in some obscure World War II battle. Dan wrote, “Tibetan cannon balls.”

When I saw that, I knew I had to be friends with this guy.

We have stayed friends for all these years, taking trips and vacations together, visiting each other when we could. Dan became a Catholic school teacher, stayed in the Church and bought a house in Ohio, while I moved to Seattle, China, Afghanistan, Dubai … but we always had plenty to talk about.

Part of the reason is that Dan – like my other enduring friends – is smart and has a great sense of humor. But the other part is that his world has always stayed large, unbounded by the geography of Northern Ohio.

He reads, he travels, he thinks, he asks questions. This is what we really have in common.

We love to make fun of each other for our differences. But the outward stuff doesn’t matter at all.

With Dan I have a shorthand, a verbal code. And a nonverbal code, as we can interpret the slightest nod, mouth clench, or hand twitch.

If I live to be 100, I’ll have almost as many days left now as I have had in friendship with Dan.

To represent today, I choose a 1975 penny, the year I became friends with Dan.

Or maybe it was the year they invented Tibetan cannon balls.