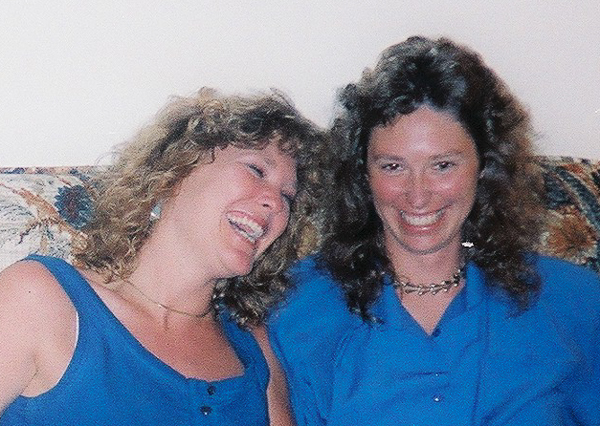 Do you have any unanswered emails from friends laying around?

I usually have 4, 5, 8 of them flagged and waiting in my inbox. Some of them don’t make it to my to-do list. Sometimes they go unanswered for months.

It isn’t that I don’t want to communicate with them. Often these emails are from people I’ve known a long time, but haven’t seen in awhile.

And that’s part of the problem – how to summarize what’s been going on in your life, in an email, for someone who’s never been to your neighborhood or hasn’t even met your husband. (No, not everyone is on Facebook or wants to share their life that way.)

In the golden years of letter-writing, my cousin Laurie and I were pen pals. She was born in Arizona; her mother was my mother’s younger sister. We saw each other every few years – we played together as kid cousins at a family reunion, and then became friends.

We wrote long and detailed letters about every boy we had a crush on, every movie we saw. We reviewed our teachers and classes, and we shared secrets with each other that we didn’t even reveal to our hometown friends.

Over the years the letters got further apart, but in our 20s we managed to get together for some memorable outings: skiing in northern Arizona, backpacking in Alaska and on the Olympic Peninsula. Our trip to Denali, with my first husband Tim, was one of the highlights of my life. The three of us forded a hip-high ice-cold stream, battled giant mosquitos, and ate powdered and freeze-dried food when our fuel canisters ran out. We were in constant fear of grizzly bears.

But we were among the lucky few who watched a sunset with a full view of The Mountain. Denali is so big and high that it creates its own weather, and is usually shrouded in clouds.

Laurie kept a detailed journal of the trip, and at some point we combined our journal pages and our favorite letters into one package. That package was in my custody until last summer, when I mailed it off to Laurie.

It had been years, at that point, since we’d been in touch. I wrote her when her brother died in 2010, but after her mom died last February we vowed we would stay in touch by email.

It wasn’t regular, we were still slow, but we agreed it didn’t have to be an even exchange. The point was to stay in touch. The unchanged subject line between us was “Sending love in return.”

She told me about her work, her sailing trips with her husband, and her treatments for breast cancer. We reminisced about her visits to Ohio and mine to Arizona.

After she got the packet of our letters, she wrote,

So many [of our letters] start out with apologies about how long it’s been since we wrote.  Some things barely change but I say we lighten up on ourselves. I’m just thrilled we have reconnected and there are no expectations.  It just feels nice to have someone who has known me as long as you have back in my life.

Tell me about Ohio when you have a chance.  Maybe I’ll meet you there next year! Love, hugs and hope, Laurie

I was on vacation in Ohio when she wrote this email. So the last email Laurie got from me was a vacation auto-response.

I really did mean to write her back.

But somehow three months went by. Then my aneurysm happened.

And this weekend, she died.

I didn’t know because I dropped the thread.

Regret isn’t a very productive emotion. Unless it turns into resolve.

Since my aneurysm, I’ve gotten in touch with a few friends that I had neglected.

And now I am weeping over the loss of a lifelong friend. I saw one of the greatest sunsets of my life with her, and now I can’t talk to her about it ever again.

Those unanswered emails are going to go on the to-do list, and I’m going to answer them.