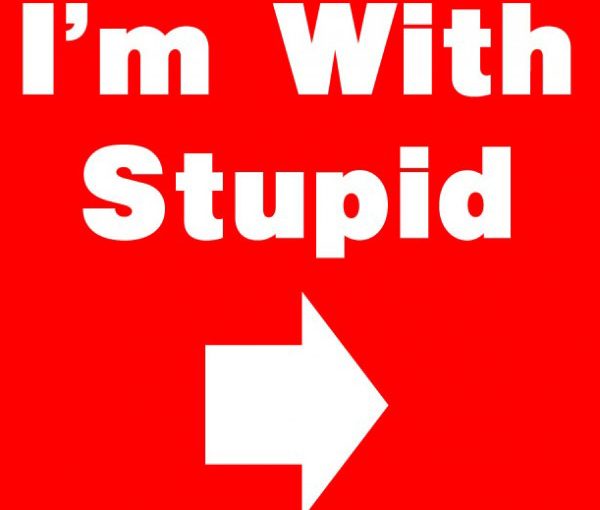 You use those words much? I have.

They’re insults we throw around all the time: while driving or shopping, in heated Facebook discussions, yelling at the TV. Maybe we even mutter those words at ourselves when we make a big mistake.

In nearly seven months since my brain blew up with a ruptured aneurysm, a lot of times I’ve felt that I’m just not very good at thinking anymore. I had long spells when I felt downright dumb.

This experience makes me ashamed for how I’ve thrown that insult around, because now I know how it feels to actually be an idiot.

It’s like you’re being kept out of a secret. People make arguments you can’t follow, or you just can’t keep up with all that’s going on around you.

You get smaller because you feel powerless. Then you get mad and want to blame somebody or something.

I can read books again, but more slowly. I haven’t been able to finish some books because I can’t hold onto the thread.

When I told my sister about this she said, “Now you know what it’s been like for me my whole life.”

She’s not stupid. She’s dyslexic, but that condition wasn’t known or understood when she went to school, so it wasn’t diagnosed until she was an adult. By then, she’d developed a dread of reading because she associated it with such misery – of feeling stupid.

I get it now. How you try to cover up the fact that you don’t get it, and blame someone else – the game developers are idiots, the book is badly written, your co-workers are fools.

Because it feels pretty bad to be stupid.

The cool thing about the brain is that it can keep changing itself; that’s called neuroplasticity. If there’s physical damage, it can find another pathway. If you have trouble doing something the old way, your brain can find a new way.

If something just doesn’t work, your brain can figure out the detour route around it, especially if it gets some help. There are strategies you can teach to people who are dyslexic that make it easier for them to read. People with Parkinson’s can often ride a bicycle even if they have trouble walking.

So I’ve learned ways to work around my brain’s limits. And I learned that your brain can get smarter – no matter how old or injured it is.

Simple, physical activity helps my brain heal. Looking at flowers when I’m on a hike, or doing art with construction paper instead of paint, gives my brain a chance to relax and grow new pathways. Even though I may have lost some brain cells, I’m gaining different routes to connect the rest of them.

I’m not smart in the same way I was before. But being stupid helped me find different ways to be smart.

Today’s penny is a 2015, the year that Norman Doidge’s book “The Brain’s Way of Healing” was published.  This book was an inspiration for me in understanding ways that the brain can recover from trauma and learning that there’s hope for people with all sorts of brain problems. Doidge’s first book, “The Brain That Changes Itself,” published in 2007, was a bestseller about neuroplasticity, which at the time was still a new idea in the medical mainstream.