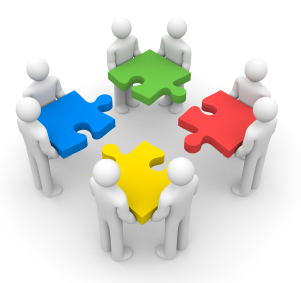 Amidst all the uproar about Melania Trump’s plagiarism of Michelle Obama, I couldn’t help but think we’re missing the point here.

Republicans and Democrats, black Americans and white Americans, immigrants and native-born Americans – we actually AGREE on some very important things.

“Barack and I were raised with so many of the same values: that you work hard for what you want in life; that your word is your bond and you do what you say you’re going to do; that you treat people with dignity and respect, even if you don’t know them, and even if you don’t agree with them. And Barack and I set out to build lives guided by these values, and pass them onto the next generation. Because we want our children — and all children in this nation — to know that the only limit to the height of your achievements is the reach of your dreams and your willingness to work for them.”

What’s to disagree with there? Nothing, apparently – even for a white Republican immigrant. Ms. Trump, Monday night:

From a young age, my parents impressed on me the values that you work hard for what you want in life, that your word is your bond and you do what you say and keep your promise, that you treat people with respect. They taught and showed me values and morals in their daily lives. That is a lesson that I continue to pass along to our son. And we need to pass those lessons on to the many generations to follow. Because we want our children in this nation to know that the only limit to your achievements is the strength of your dreams and your willingness to work for them.

Shared values. This is the canon of what we believe America is and should be.

Voters, use these four statements as the ruler by which you measure every candidate on the ballot in November. Not just President.

Work hard for what you want in life. The only people I can think of who might disagree with that value are people who inherited a lot of money and don’t have to work; people who live off making bets on the work of others; or people who try to scam whatever system they have access to. None of those groups make up more than a small percentage of Americans, although 1 percent of the country controls 38% of the private wealth.

Your word is your bond. For example, if you say that you’re going to help those folks who work hard, then you do it. If you aren’t sure about which politicians have the best record on that, check Politifact.com or Congress.org.

Treat people with respect. That would include people you don’t agree with, and people who are different than you. For example, Muslims and blacks. Which candidate has been respectful, and which candidate has bashed, hate-baited, and name-called?

The only limit is the reach / strength of your dreams. This means no one is confined by laws that discriminate against them, and all people have equal access to excellent education, health care, and loans to start a small business. Right? Please review the candidates’ actions and policy positions to see who scores higher on that.

So now that we all agree on American values, let’s do our civic duty and examine the actual records of the candidates based on those values.

Today’s penny is a 2008, the year that Michelle Obama clearly outlined the values which we all agree on.