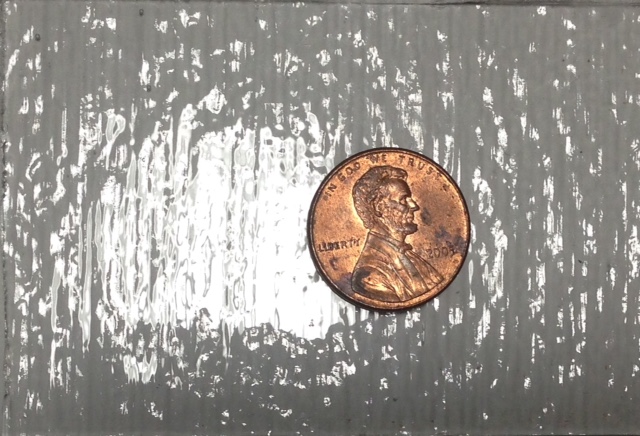 I admit it: I am an impatient and intolerant reader. Bad writing and stupidity will send me into a rant against an author after a mere page, and I have no compunction about ditching a book completely.

I recently assigned myself to read memoirs written by survivors of ruptured brain aneurysms, since I’ve been thinking about writing one myself. I was prepared for there to be bad writing and stupidity.

Amy Van Patten Ofenbeck was 26, a TV anchor in Ft. Meyers when she collapsed at the gym with a ruptured aneurysm. Eight surgeries later, the best job she can get is writing item descriptions for Goodwill.com.

Her book – “Brain Matters: A True Story of Survival” – is only 74 pages, and the bad writing begins on the first page. Amy comes across as having the intellect of a chihuahua.

I read the whole thing – twice – and gave it a 4-star positive review.

Why not 1 star? Because of the bad writing and stupidity. That’s what made it such a good book.

This is a wholly authentic account of a young woman who gets hit by a knockout punch to the brain, and then just keeps getting hit over and over.  She never seems to see the next punch coming.

Because, when you have brain trauma, you don’t.

As the reader you do see it coming, and it’s so painful to watch that you just want her to stop trying.  You actually get angry that she is still trying.

“Honestly! What is wrong with this woman!?” I exclaimed at one point. “Why does she keep trying to do this job when she can’t even –?”

It’s not just her narration of the events themselves that tells us about the effects of multiple brain surgeries. It’s her “bad writing” and “stupidity” that show us exactly the results of the trauma.

Brain damage, short-term memory loss, psychosis, debilitating head and neck pain, and lower IQ – those are what remains after Amy has eight surgeries and months of rehab. The rupture, paralyzed vocal cords, a brain cyst, and constant pressure from a shunt that didn’t properly drain fluid – those got fixed, but the rest are permanent disabilities.

Amy writes about these hellacious years and her failings with such directness and naive confusion that we are more aware than Amy is of how bad her condition is.

When she tries to do her old job at the TV station,

some of my other co-workers were new and didn’t understand my situation. Some of the producers also questioned me a lot about my stories and I would sometimes get irked looks from other reporters there when I was pitching my ideas. … I found that if management liked my ideas they gave them to someone else [to report and write]. I really wasn’t sure why but I’d still willingly hand over my notes. Often times I was left with nothing to do which was aggravating and boring. I was getting frustrated but I hung in there.

No one but Amy could possibly have been surprised when she was fired. “I think they just decided I wasn’t any good,” she writes.

Yet she continues to be enthused even when she’s working at a golf pro shop and then at a gym – and she can’t do those simple jobs, either.

I can relate to this book because I felt so stupid for the first four months of recovery after my brain surgery. I was not sure I’d ever be able to recover my cognitive skills enough to do my work. On bad days, I still have doubts – but I’m no longer worried that I won’t be able to hold down a job.

Amy’s collapse, though, was in October 1997. Eighteen years later, neurosurgery has come a very long way. I had none of the recurring problems that Amy did – in large part, because neurosurgeons learned so much from their experiences with people like her. Neurosurgery got better, even though Amy didn’t.

At the book’s end, she is working at Goodwill and wakes up every morning from the pain.

That could have been me.

I’m just trying to survive and live a happy productive life. I think I’m doing that for the most part. I still face health challenges every day, but I’m so used to it it doesn’t faze me anymore.

Today’s penny is a flawed and shining 2005. That’s the year Amy won the Ft. Meyers Mayor’s Alliance Award for people with disabilities and their workplaces.

I was beginning to embrace the fact that I was a disabled worker. … It was a real honor to receive that award.