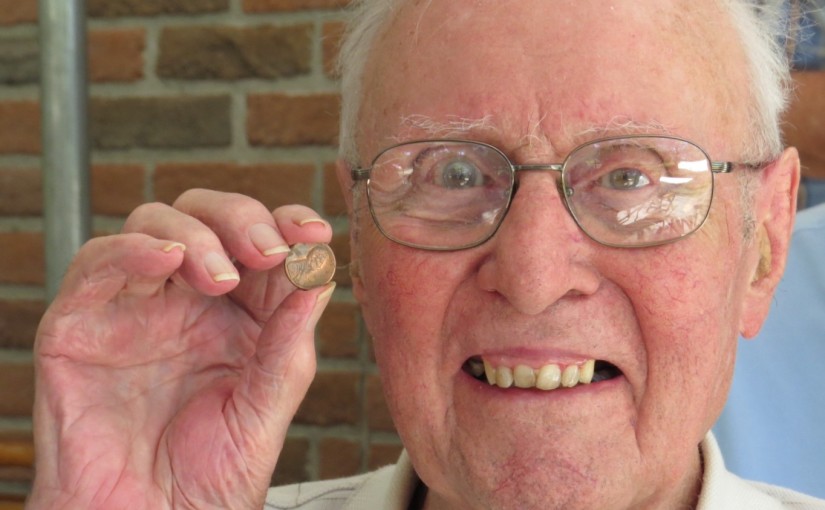 I don’t know what the collective noun for cousins is, but on the Schnellinger side it should be “a riot of cousins.”

Eight brothers and sisters, born of my grandma Alma Schnellinger, had a total of 32 kids – and that despite the fact that two of the eight became nuns.

The rest were typical Catholic families of the era. Ours was small, with only four kids. Everyone else had five, one brother had seven.

One of the 32 cousins died in infancy; five have died in recent years. Today 12 of us gathered in Norwalk, Ohio: Dort, Bernie, Tess, Charlie, Janet, Frank, Pam, Billy, Lynn, Pat, and me and my sister Ann. With their spouses, kids and grandkids, I struggled to keep track of who’s who. But, as in the previous years, I enjoyed it immensely.

When I was growing up, I always had a good time at those Schnellinger family reunions. The kids got to drink beer and play in the barns, the women made hot chicken sandwiches served with Grandma Schnellinger’s never-to-be-replicated homemade buns, the men played softball and drank even more beer.

And everyone laughed constantly. It was as though we gave prizes for who could get the biggest laughs – and who could laugh the loudest.

This reunion today was like that, but with quite a bit less beer. Three of my cousins are in recovery, and many of the rest of us are just old enough to know better.

All eight of Alma Schnellinger’s children lived into their 80s, but so far none of them has lived to 90. Dad died just five months short of 90. Six of them are gone now.

Aunt Mary is 89, Uncle Ray is 87 this year. Mary couldn’t make it to the reunion this year, but Ray drove himself. Ray looks and sounds a lot like my dad, so it’s easy to talk to him.

We talked at length about his childhood, and about Alma. I learned a great family secret: The reason that Alma’s sugar cookies were so delicious is that she made them with chicken lard, which she had rendered herself.

Ray and I agreed that, apart from the cookie recipe, a sense of humor is our greatest inheritance from Alma.

Humor is what got Alma through raising eight small children as a widow during the Great Depression.

Of the 20-plus countries where I have worked, this is one of the most consistent commonalities: Those who have survived the toughest times had the greatest sense of humor.

I’ll drink a club soda to that.

One thought on “Day 27: Uncle Ray and the gang”