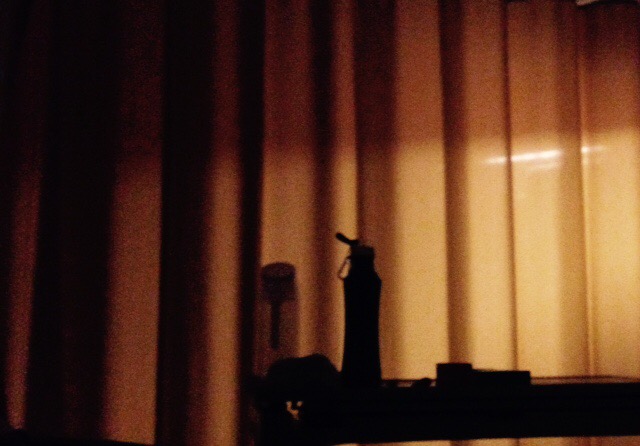 Tom and I are dissimilar in many ways. He’s calm, I’m hyper; he’s a math guy, I’m a word girl.

In the past couple years, though, we’ve had medical procedures in common. Two years ago, we both had surgery for early-onset cataracts. He had his done first, which gave me the courage to get mine done. We took care of each other during the surgery, and gleefully compared notes on our vastly improved vision.

We felt lucky to have had the surgery, because now we both can see details at great distances without contact lenses. Lucky twins.

Last November I had a stroke. Yesterday he had one.

We both survived. We may be differently abled after this but neither of us will be permanently disabled. We both got a wake-up call and we are both going to come out stronger for it.

The medical team has determined that Tom’s stroke was caused by high blood pressure over a period of several years. They believe he’s medically stable and that this stroke won’t get worse. Diet, exercise and medication will fix the high blood pressure as well as reducing other risk factors.

His prognosis is good. He needs to do in-patient rehab for at least a couple of weeks until he will be able to function at home; right now he can’t sit up, stand or walk without two assistants. Then there will be more, outpatient rehab. Total rehab is probably four to six weeks. Continuing improvement can happen over months and months.

We aren’t sure yet where he will do this rehab – here in Cleveland, or back home in Atlanta. The attending neurologist thinks Tom could fly on a commercial flight with assistance; the physical therapists disagree. Having just seen a very disabled man take a commercial flight, I’m with the neurologist. The social worker also is checking to see whether insurance would cover air ambulance that distance.

No one will guarantee that he’ll come back 100% – fine motor skills in particular are hard, the doctor said. Not impossible though. The brain is an amazing organ, and neuroscience is advancing by the minute.

And Tom is already applying his Army Ranger “Accomplish the mission!” attitude  to get better as fast as humanly possible.

We’re both stubborn and determined. We’ll look back and see this as the year we both became healthier.

Today’s penny is a 2014, the year that the lucky twins had cataract surgery.