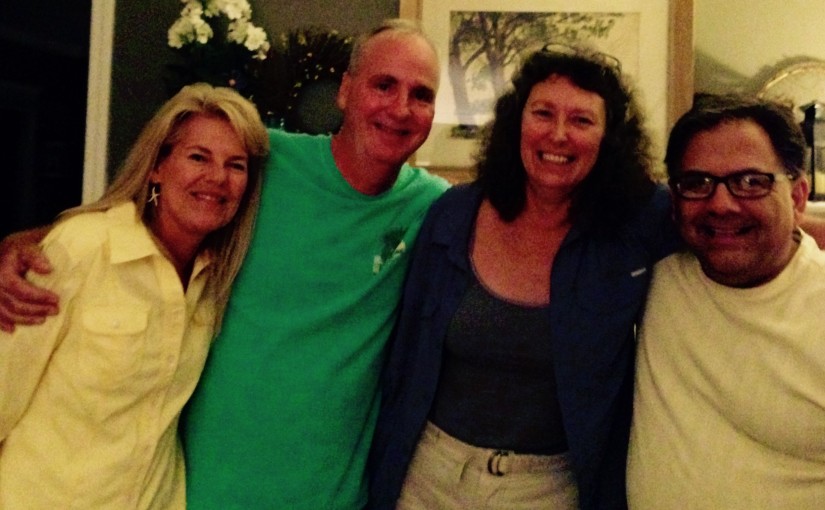 We called ourselves The Crew, by virtue of one of those stories that were very funny in high school but which would take far too long to tell in a blog post and wouldn’t be funny to anyone but us, anyhow.

I’m not even sure how the six of us became friends: Barb, Bill, John, Ken, Mary and me. We must have had classes together. Probably it was because we didn’t fit into any of the cliques – not the jocks and cheerleaders, not the stoners, not the geeks, definitely not the goody-two-shoes.

We spent weekend nights and sometimes weekday nights going out in Sandusky and partying. There was not a lot to do for fun, so we amused each other.

We did the crazy stunts that you do in high school – some of them dangerous, some just stupid – and somehow all six of us graduated and didn’t die in a car wreck.

After high school, I went away to college and then to work in another part of the state, Ken joined the Navy, and Mary got married; but Barb, Bill and John stayed in the area and stayed friends.

For years I didn’t have much contact with them. Then in 2012, classmates organized our 35th class reunion, and I came to Ohio, and Bill, Barb and John were there. It was absolutely wonderful to see them again.

Tonight I spent an evening with Bill, Barb and John, and their respective spouses. Their faces are so beautiful to me, their voices so familiar. I like to watch them and listen to them, remembering what I love about them: their honesty, their thoughtfulness, their humor.

We still have a good time.

Here, in honor of the class of ’77 and its friendships, is a penny from the year we graduated: