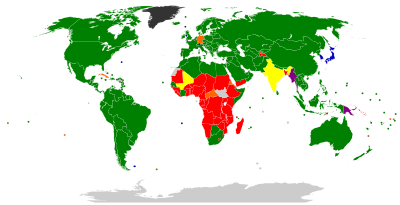 Today I wanted to give Microsoft some money, but they wouldn’t let me. Because I wasn’t using THEIR browser.

I know that sounds paranoid. You decide: I was trying to add credit to my Skype account. The website refused to cooperate. The bottom line from Skype support chat was that I should switch browsers.

To Internet Explorer. Owned by Microsoft. As is Skype.

I live in my browser and I abandoned IE more than 10 years ago. I use Chrome now. There are many good reasons why it is by far the most popular browser in the world.

This is not a secret, and web designers are paid to pay attention to these things. A functioning website is one where everything works no matter what browser calls it up. If you want your website to reach the majority of users on the planet, it has to work with Chrome.

Yet Microsoft did not make the Skype website compatible with Chrome. This is as though they’d decided that Skype should be available only in the U.S. They’re saying, “We don’t want your money” to millions of people.

Or, if you want to get paranoid, they’re saying, “Use our browser or we won’t let you use Skype.”

Perhaps they still have that 20-year-old fantasy of monopolizing the browser world (remember Netscape Navigator and the Microsoft antitrust suit?).

When big companies fail to make their websites compatible with all browsers, we need to speak up.

For example, Dun and Bradstreet’s iUpdate also does not function on Chrome – despite the fact that their database has some 235 million companies, according to their 10K filing.

I really didn’t have a choice with D&B, as I had to update my company information. I registered my complaint with their support staff, and the woman sighed and said, “Yes, we know. We’re working on it.” OK – acceptable answer.

But Skype? Guess what, Microsoft – I have other paid VOIP choices. You aren’t going to bully me into using your inferior browser.

Today’s penny is a 1994 – the year Netscape Navigator was released. [Graphic featured above is “Browser Market Map June 2015” by Wilbysuffolk – Stat Counter; green is countries where the majority of Internet users are on Chrome; red is Opera. Licensed under CC BY-SA 4.0 via Commons]