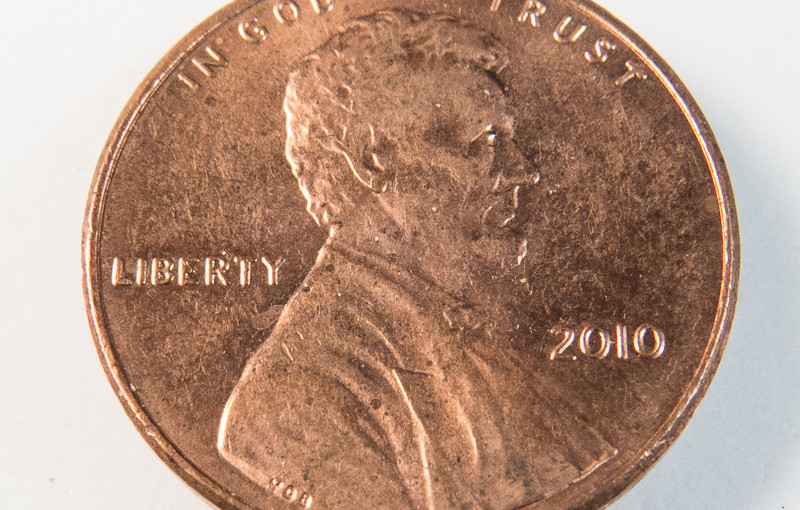 Until I started on this project, I was unaware of the myth that, when someone who is dead misses you, wants to make their presence known, or just wants to say Hi, they throw a penny in your path.

But the saying “Pennies from heaven” is of unclear origin; it means money acquired without risk or effort, according to the Oxford English Dictionary. (And yes, it pre-dates the Bing Crosby movie.)

I’ve found many pennies …  So now I really wonder who was trying to contact me from the afterlife.

I find the whole idea enchanting. I’ve begged friends to send me a sign if they die before me.

Just as a test, I decided to ask my Dad to send me a sign. He’s been gone five years, but some part of him must be in the universe… so, I’m asking for a 2010 penny (the year of his death) to appear in my path on August 11, his birthday.

That year, by the way, was the first one when the shield was used on the reverse instead of the Lincoln Memorial.

I’ll let you know what happens. And I’m selecting the second of my two 2010 pennies for today.

(PS, three hours after I posted this, I found a 2010 penny in the laundry room, and another one came up in sorting a roll of pennies.)