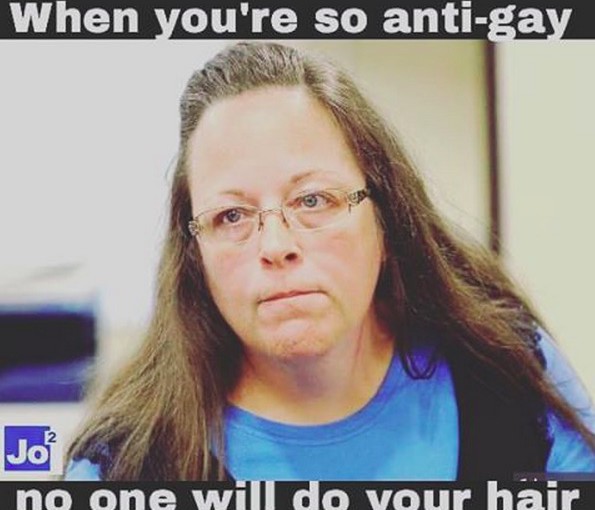 I would not have believed it possible, but I feel sorry for Kim Davis.

Not because she’s in jail for refusing to issue marriage licenses to gay couples. Her job is to carry out the duties of her public office, and she is in contempt of court.

But oh, the nastiness.

And then gleefully called her a “prison wife.” This from the side of the aisle that loudly proclaims gay marriage is about love, not sin. Which begs for compassion for immigrants and criminals.

But where is the compassion for a woman who commits what is, to her, an act of civil disobedience? There is only contempt, of the non-jurisprudence kind: We attack her for her looks and her personal life.

What was that about hypocrisy?

This is why people hate liberals: Because at our worst, we are condescending and smug.

Not that this doesn’t cut both ways. If a Quaker clerk refused to issue a gun license because of his beliefs, would conservatives make fun of his clothes, his baldness, his “backward ways”? No doubt.

Let’s all climb out of the playpen.

Let’s allow the rule of law and mechanisms of democracy – which we all profess to support as American citizens – take care of Kim Davis.

Today’s penny is a 1969-S, minted in San Francisco, for the year of the Stonewall riots in New York.