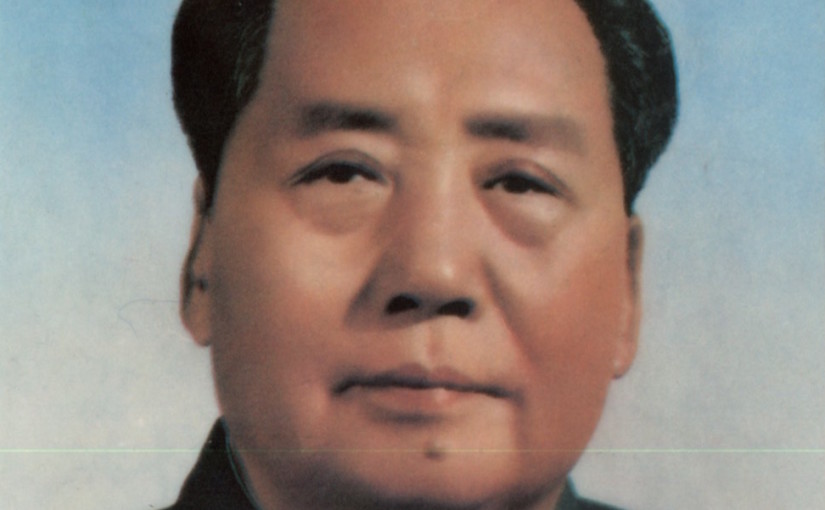 In the midst of this week’s scare about China, I happened to be sorting through memorabilia from the early ’90s, when I lived, worked and traveled there. And I found the Mao holy cards.

That’s what our group of resident foreigners called them: laminated portrait cards of Chairman Mao, which suddenly appeared, hanging first from the rearview mirror of the taxis in Beijing like St. Christopher medals.

We were afraid to ask about their significance. A couple of foreigners had recently been expelled from China for photographing a portrait of Mao with some watermelons in what was intended to be just a bit of fun.

And this was only two years after the massacre at Tiananmen Square, which was still not directly being referenced in the Chinese media.

Despite the continuing political oppression, 1991-92 was a time of great economic change. When Deng Xiaoping made his famous “tour of the South,” praising the free economic zones there, it signaled the beginning of a huge push for economic freedom.

The moves to shut down inefficient state-owned companies and to encourage private enterprise had tremendous impact on the lives of millions of Chinese. People broke free from the oppression of the “work unit,” which controlled their lives right down to regulating their birth control methods. Ordinary people got rich. Farmers fled rural areas and came to the city hoping for work that was more lucrative and less dependent on the weather.

At the same time, as in the countries of the former Soviet Union, this upheaval left millions in a precarious condition. The Iron Rice Bowl was broken.

In the midst of this turmoil, Mao’s face appeared like that of a benevolent saint. Mao himself had gone out of fashion, so to speak, after the disastrous Cultural Revolution of the 1970s, though his gigantic portrait still looked down over Tiananmen.

But now, we deduced, Mao was being summoned by the people to save them. And so, the holy cards.

I wonder what deity the people of Beijing are invoking now.

For today I chose a 1992 penny. (Which happens to be painted green on the back.)