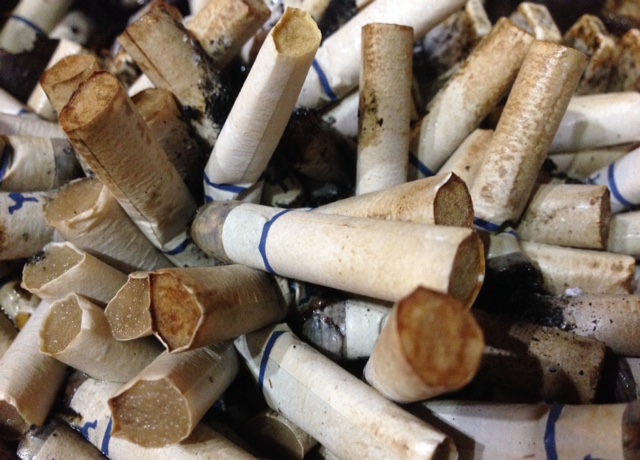 That line, though, actually gets to the core of why I kept smoking for so long. I’d quit, then six months later I’d figure that I had smoking kicked – and I’d have “just a puff.”

To really truly quit, I had to admit that I was powerless over nicotine.

After 30 years, and many quits, I couldn’t really deny that.

That’s where I was in December 2005. I was living in Dubai, still in shock over the loss of Rob from a sudden heart attack, hearing that Mark had also come close to death from a 75 percent blockage of his left carotid artery.

There weren’t support groups in Dubai for Americans who wanted to quit smoking. Social media was nearly non-existent, so there was no Facebook page for people trying to quit smoking.

It had all the elements that make an online support group attractive: forums, tips, first-person stories from people who’d quit, and medical information. It was run by Boston University. It had been around for some years by then, and it was free.

[Note: QuitNet.com is now owned by a for-profit company. I was unable to find out what its connection is, if any, to the university site.]

I set my Quit Date for Jan. 1, 2006, and began saving my cigarette butts in a jar. I made up a “Quit Book” – writing out or printing out my favorite tips and motivational sayings.

After my last cigarette, on New Year’s Eve, I poured water into the jar of butts.

Whenever I was hit by nicotine cravings, I shook that jar, took the lid off and inhaled.

There’s few things on the planet more disgusting than the smell of old, wet cigarette butts. And the black, gooey sight of it was a good reminder of the condition of my lungs.

And I was willing to admit that, because I am powerless over nicotine, I simply can’t take a puff ever again.

Admitting I was powerless, I could be more honest with myself about cigarettes. I could declare it: “I liked smoking. I still like the smell of cigarette smoke.”

And when I stopped repressing that desire and instead gave it voice, somehow it became less powerful.

I’m very grateful to QuitNet. I’m absolutely thrilled and proud that I haven’t smoked in 10 years. My lungs are probably clean by now.

I’ll count that as an accomplishment for 2006.

Here’s the penny in honor of that anniversary. And here is a list of resources to help quit smoking: Support.