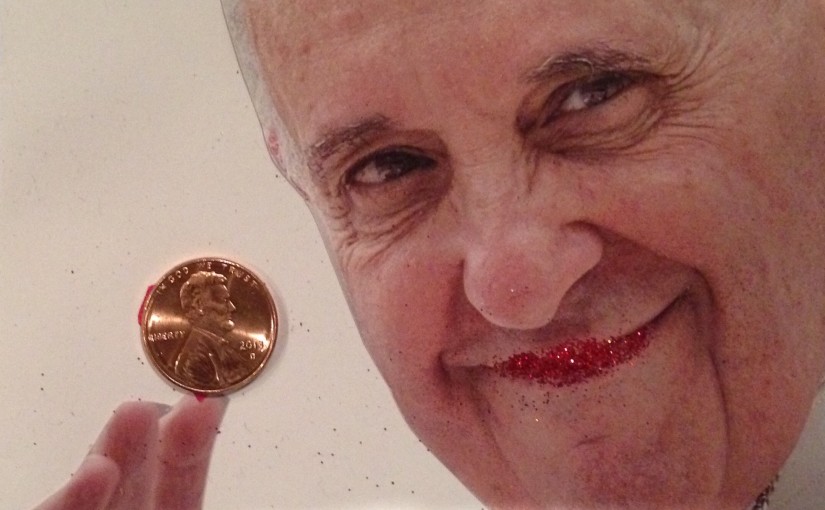 I’m a recovering Catholic. I don’t think I’ve been to church more than a dozen times since I turned 20, and most of those were for weddings and funerals.

But this pope, Francis. He is Catholic??? You might wonder, if you grew up in the era where Catholicism was all about damnation and guilt, and exclusion and pompous strutting, and a lot of dirty secrets.

This pope comes to the U.S. and has lunch with the homeless rather than with the rich and famous. Sounds like something Jesus would do. Or some of the really cool priests and nuns that I knew in high school … the ones who all left the priesthood and the convent.

Francis talks straight up the message of Jesus: Love everybody. Period. You call yourself a Christian? That means no exceptions to the “love others” command.

Well, hey, that is just exactly how I remember the Bible’s core message. Even from all those years ago. I guess I did learn something in Catholic school.

Francis holds up a moral compass that isn’t swayed by the magnetic pull of, say, arms sales. He asked Congress point blank:

Why are deadly weapons being sold to those who plan to inflict untold suffering on individuals and society? Sadly, the answer, as we all know, is simply for money: money that is drenched in blood, often innocent blood.

The drive for money leads to evil. And no one needs to hear that message more than Congress.

That camel through the eye of a needle verse – Mark 10:25 – could we fit that on a campaign button?

Francis is unafraid to say without equivocation: We need to stop global warming. “Any harm done to the environment, therefore, is harm done to humanity.”

This pope may or may not be Catholic. But for sure he is a rare bird – a true leader. Someone who tells it like it is.

OK, I’ll grant you, the Church is still too retro in some areas. But this is an ancient, vast, corrupt institution. Francis is not going to change it all in a couple years.