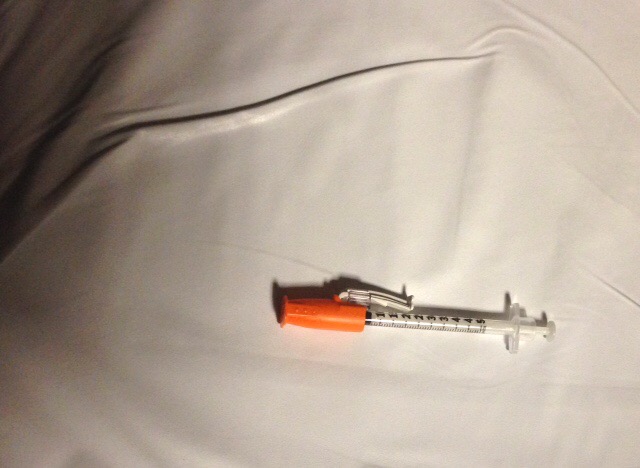 Tom’s blood sugar has had the doctors scratching their heads. For him, this is a typical medical experience. He’s always outside the norm, and they don’t know quite what to do with him.

Since his stroke Thursday, Tom’s glucose levels have been high – 200s, even high 200s, where normal is 80 to 100 and 140 is getting too high. But he has none of the usual symptoms of diabetes.

As a 12-year-old he had high blood sugar, and was diagnosed with diabetes. During many weeks in the hospital they taught him to self-inject insulin, but then he had normalized enough to manage it with diet.

Being just a boy, he resisted and eventually stopped regulating it with diet. If this had been Type 1 diabetes, he would have died without insulin, the doctors have told us.

Over the years, he’s had high glucose counts on and off, but never any actual symptoms of diabetes.

When the endocrinology doctors made the rounds today, I asked the attending, “How can he be diabetic when he has no symptoms? Is there anything else that can cause his glucose numbers to be high?”

The attending said, “He doesn’t have classic Type 1 diabetes, and he’s certainly not Type 2. He has a rare genetic mutation.”

Or, as the nursing assistant later quipped, he has “Type Tom” diabetes.

This puts a bit more guesswork into the treatment plan, but he’s still some type of diabetic, and the drugs and diet recommendations are the same as Type 2 options.

We keep thinking about this “Type Tom” concept and what it says about Western concepts in health and medicine.

In the distant future, Tom speculates, people will look back in amazement at our medical system. How crude it was – giving the same treatment to masses of people based on a set of symptoms, instead of looking at the individual and designing holistic treatment based on him.

“Type Tom” has been a theme throughout his medical history. Doctors look at his numbers in various tests and say, “You should have (such-and-such), but you don’t show any symptoms. We don’t know what’s wrong with you.”

At 37, for example, he was in extreme stress and thought he was having a heart attack. After repeated tests, the doctors told him that there were enzymes present that would indicate a heart attack, but not of the quantity to indicate a major infarction.

Over 8-10 hours the count dropped low enough that it was within the margin of error. Did he have a heart attack? Inconclusive.

One way to look at the overarching theme of Type Tom is that his body seems able to handle a lot more than the average person.

Tom also has a really high tolerance for medications – it usually takes twice the normal dose to have an impact on him. Same with alcohol.

He’s getting muscle relaxants three times a day for his back pain and it barely even makes him drowsy. If I had that much muscle relaxant, I’d be in a coma.

And his pain threshold is quite high. He can be at level 6 on a scale of 1-10 and not say a word.

Interestingly, he’s not an insensitive person in terms of emotions or sensory input. His hearing’s not the best because of his years in the military, but he is extremely perceptive and aware of details. He’s not some bad-ass who has no feelings; he’s really attuned to those around him.

I’m sensitive about everything – emotions, colors, medications, vocal inflections, noise, alcohol. I’d probably keel over if I had Tom’s numbers.

It takes all types. Even Tom Types.

Today’s penny is a 2012, because Tom was 12 when doctors first thought he was diabetic.