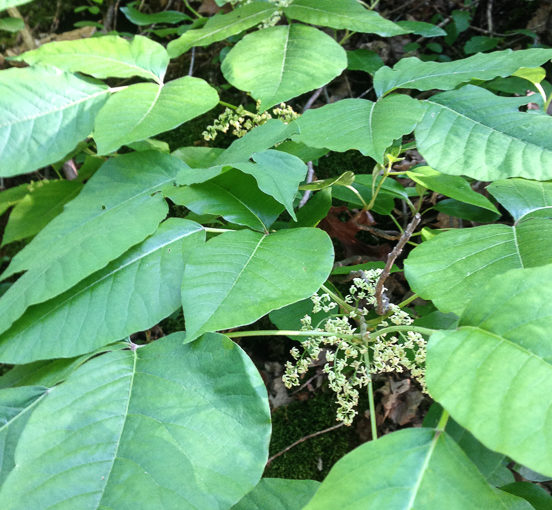 As I left on my neighborhood walk the other day, I was jazzed about looking for the newest flowers of spring.

The first thing I saw was a dead squirrel.

This time of year there are many of them. The young’uns don’t know about cars yet, and they dash out into the road, directly under the wheels. Sometimes it seems they are suicidal, so deliberate is their path to being crushed.

I was saddened, but I pushed its cute little body off to the side of the road and went on my way.

Dozens of Solomon’s Seal plants drooped their bell-shaped flowers along the edge of the roadway – and this is a plant I’d rarely seen here before this year. Let alone in some of the worst soil we have to offer in North Georgia. Then I noticed a funny thing. Not only were the “normal” flowers blooming. Everything was blooming.

Plants grow flowers. That’s what they do. Every one of them that isn’t a moss, fern, or conifer grows flowers.

We don’t always notice the flowers, and sometimes they don’t flower if the conditions aren’t right. Your lawn doesn’t flower because you mow it.

Here’s a typical flower of a wild grass: You’ve got to get out a jeweler’s loupe to see the parts, but those little oval specks are flowers.

I spotted these flowers, which some folks call “little brown jug” – Hexastylis, a type of wild ginger: See those gaping mouths? They are flowers, and they get pollinated by ants.

Even the greenbrier, a common thorny vine, is blooming – I don’t think I’ve seen that before: Then I stumbled upon yet another flower I hadn’t seen before – more tiny white things in bundles. I got in close to get a photo, holding the big leaves out of the way: Isn’t that pretty? So delicate.

I stepped back to take note of the leaves, and – oops. It was poison ivy. I was so captivated by the flowers that I hadn’t noticed the leaves. They were bigger than the usual poison ivy leaves, most of them bigger than my hand, and shrublike rather than creeping on the ground.

When I was a kid, I played in the woods all the time. I’m sure I had regular contact with poison ivy, but I wasn’t allergic. I used to boast that I could eat a poison ivy salad and not get a rash.

You might be one of those people who itches just looking at these photos.

But I was thrilled. Another first for me. All these years of looking at poison ivy, and I had never seen the flowers before.

The flowers turn into berries that last all winter, which is an important food source for birds. So don’t disparage those poison ivy plants.

As I headed back in toward the house, I stopped to look again at the dead squirrel.

His fur was so pretty. Today’s penny is a 1992. That’s the year that the movie “Poison Ivy” came out, a thriller about a pretty but murderous teen named Ivy.