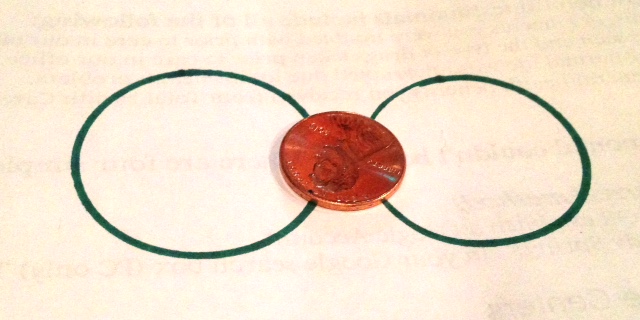 For more than a month, I’ve been running my fingers over the new holes in my head.

OK, they’re not actual holes – you can’t look into them and see my brain. They’re large dents and grooves. Seeing as how they’re in my skull, they feel pretty freakin’ significant.

They are near the incision that was made for my brain surgery, but they aren’t from the plates and screws that held my skull together while the drilled-out piece mended.

My hair has grown in, so no one can see these dents and grooves. Like my other hidden anxieties, they lurk below the surface, reminding me why I dodge the mantel.

I’ve been trying to ignore these indentations, and how my head is still so sensitive on my right side. The docs told me that these things would “take awhile” to go away.

It’s been almost five months. I had begun to wonder whether my skull was coming apart.

I went to my primary care doctor. He felt my skull and said the groove was an inch and half long and the dent was about 4 millimeters wide.

He called it a “skull separation.” He didn’t know if this was normal.

It took almost a week to get someone from the neurosurgeon’s office to call me back, during which I tried not to obsess about this “skull separation,” and failed.

Finally the nurse, Hal, called me back today.

I described the indented area to him, and he asked lots of questions. Then he said, “It’s OK. What you’re describing is well within the normal range.”

Wow – talk about a new normal! Dents in my head, a groove, skull separation – normal!

“Well, we are careful during the surgery of course, but it’s still a trauma to the brain,” Hal said. “There’s a lot of inflammation and the body responds to that.”

And how does the body respond?

“It absorbs everything in that area.”

It sucks up the extra fluids and tissue like a shop vac. And yes, it even absorbs bone.

So basically my body is eating my skull in order to heal it.

It’s good, even. A reflex that is, in its own perverse way, a sign of health.

Severe trauma = severe cleanup. You can just picture the little German cell commanders: “We VILL get zis mess cleant up, ALL uf IT.”

Plus: All the materials get recycled – the calcium in the bone, for example. A conscientious consumer, this body o’ mine.

But, hmmm, isn’t that kind of like recycling your roof while you’re still living in the house? I thought I actually needed that bone? I mean, it’s like, my skull?

I asked Hal, “Will my body eventually figure out that it’s eaten too much? Will it be like, ‘Oops! Went too far there. Better start backfilling.’ ”

OK, got it. The extreme-makeover healing will eventually reverse.

My body will then use tissue, blood, old socks, or whatever else is lying around to fill in the holes in my head.

“And how long will this take?” I ask him.

The usual breezy, inexact answer: “It could take up to a year.”

I’m just doin’ time. Me and my cannibal head.

Got 225 days to go until my one-year anniversary.

Figures it would be a leap year.

3 thoughts on “Holes in my head”