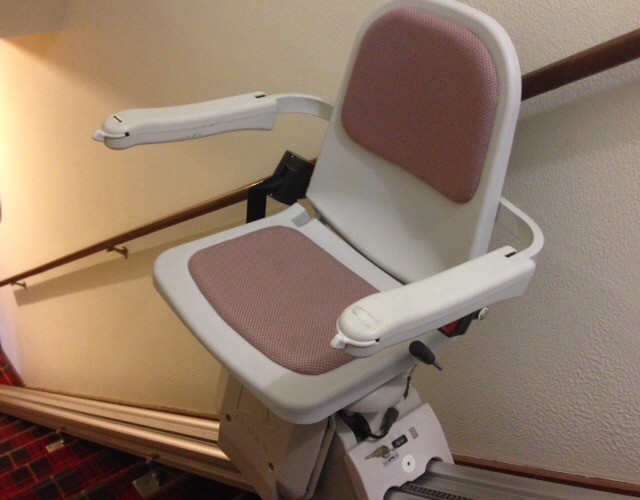 We were so pleased to have gotten seats in Row 2 on our flight to Ohio. You get served first, you get off the plane first.

Tom wanted to put his bag in the overhead bin right above our seats so that he could grab it quickly when we deplaned, but the people seated in Row 1 had already used it (the safety equipment is in Row 1’s overhead bin). Tom switched his bag to the bin across the aisle, but the flight attendant moved it further back, to the bin for Row 3.

Tom let it drop. It was only a slight inconvenience. Besides, it seemed as though no one was going to occupy the aisle seat next to us.

After the passengers were all boarded, a man in his 80s came on in a wheelchair. Three attendants brought him on, and helped him out of the chair – into the aisle seat next to Tom.

It was very difficult to get him into the seat, because he had little use of his legs and only partial use of one arm. Tom offered his arm for support, but the man ignored it as he used every bit of his strength to get himself into the seat.

He made a joke once he was settled in his seat, and we laughed even though we couldn’t quite hear what he said. We were impressed with his positive attitude.

It was a short flight, and we landed early. My sister Ann, who’s meeting us here in Ohio, also landed early and was already in baggage claim; we were eager to meet up with her.

One by one, all the passengers deplaned as we sat there watching. Even when the flow of passengers slowed, there was no move to get our seatmate out.

When every single person was off the plane except for us, three attendants came on with a wheelchair. They helped our seatmate to hoist himself into the wheelchair. They arranged him so that he was steady. They strapped him in with a Y-shaped seat belt. One of the attendants was new and couldn’t figure out how to work the buckles.

It took awhile. Tom and I waited.

In all, it was probably 20 minutes or more of delay before we could collect our bags and get off the plane. I smiled wryly at the irony of how easy it was for Tom to get his bag from the overhead bin in Row 3.

The flight crew all thanked us for our patience.

How could you not be patient in that situation? We have full use of our limbs and we’re on vacation. I’m glad we live in an era where someone who can’t walk or get into a seat without help can fly anywhere to be with family and visit friends.

When we got to our AirBnb today, the hosts had a chair lift on the stairs that they’d installed for an elderly relative. We put our suitcases on it and rode them to the top.

Today’s penny is a 1986. That’s the year that Congress passed the Air Carrier Access Act, to ensure that all disabled passengers were accommodated on domestic and international flights, free of charge.