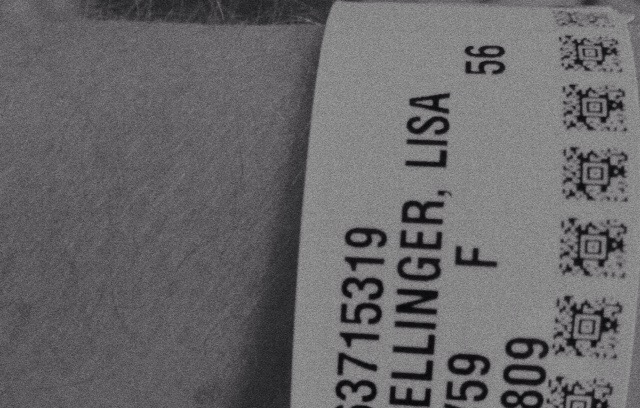 I was standing at the stove, cooking a couple of turkey burgers for dinner, when suddenly I felt a  sharp headache, very dizzy, and my hand looked strange. Colored with bright speckles.

I laid down on the floor so that I wouldn’t fall down – and that turned out to be the first of several ways in which I saved my own life.

I passed out briefly. When I woke up, I turned off the stove. I had a splitting headache. I crawl-staggered to the table where my mobile phone was and, slumped in the chair, speed-dialed the main gate security for our community. “I need the medics right away,” I told them.

I was terrified. My head felt like an ax had been driven through it, I was nauseated, and too dizzy to walk.

On the remote chance that it was propane poisoning, I crawled to the gas fireplace and cranked off the valve; then grabbed a fleece blanket and went outside to breathe fresh mountain air while I waited for the medics.

I heard the sirens, but they didn’t seem to be getting closer. Our mountain community is all winding roads, and I knew that on a normal day route it takes eight minutes to get to my house from the main station.

After the longest eight minutes ever, I called the main gate security again in a panic. “They’re almost there,” they reassured me – and within a minute, the medics finally arrived. I was hysterical, at that point, though still trying to breathe deeply and narrate all my symptoms in detail.

They checked my vitals and oxygen levels, and they checked the C02 levels in the house, but they had no idea what was wrong with me.

They needed to hear the key symptom in what I was saying: a level-10-severe, whole-head, abrupt-onset headache, “the thunderclap” as it’s known in medical shorthand.

Of people walking into an emergency room with the thunderclap, 10 percent have a brain aneurysm. It can only be diagnosed by a CAT scan.

I heard how they described me to the new arrivals and on the radio, “Headache.” It makes me mad, looking back, to think of how dismissive they were.

The medics said, “We can take you to the hospital in Jasper, or not. What’s your decision?”

Even knowing, with every fiber in my body, that I was in the midst of a severe health emergency, I hesitated. Don’t want to cause trouble. Don’t want to make a fuss. They don’t think it’s a big deal.

“Please, I need to go to the hospital,” I managed to say.

I had finally done what I needed to do to ensure that I would not die in my house. Thirty percent of people with ruptured brain aneurysms do.

There was some maneuvering necessary to deal with the various vehicles on our steep street and tight-curve of a driveway. It was more than half an hour between their arrival and our departure for the hospital. I asked them to call my dear friend Sara, who called Tom in Atlanta and then drove to the Jasper hospital.

When I was finally underway, I learned that the county ambulance attendant, unaccustomed to North Georgia’s mountainous roads, was car sick and would not be much help to me – he could barely throw a blanket over my legs.

I felt every bump on the interminable drive to Jasper. When I got there, the ER staff seemed unimpressed: “We’re seeing a lot of flu cases,” they said.

I nearly screamed at them. “This is not the flu!”

Thank God, the ER doctor actually listened to me and immediately realized the seriousness of my condition. She sent me for a CAT scan and diagnosed the hemorrhagic stroke.

Sara had been there comforting me, holding my hand as I exclaimed about my fear. At one point I squeezed her hand and said, “God, what if I die!”

Sara, who’s been in a Stage IV recurrence of breast cancer for more than three years, said she’d meet me on the other side soon enough. She and I have frank conversations about death often, and in this context her remark was a comfort.

The nurse – not knowing our history  – rushed to push us away from such negative talk.

When the doctor gave me her diagnosis in somber tones, I said (or maybe just thought?), “Oh, I really could die.” And I became completely calm.

From years of reading Buddhist philosophy, I believed that it was important to be in the right frame of mind when approaching death. And, in any case, I knew that being calm would help my condition even if I didn’t die.

The ER doc knew the best place to send me. Emory Hospital’s Neuroscience ICU specializes in dealing with brain aneurysms, and they were just a Life Flight away in Atlanta.

From there on, everything went as smoothly as it can go with a head full of blood. I was strapped down, flown to Emory, had a more detailed CAT scan, and by that time Tom had found the place and was there to watch over me.

With the clear and expert information from the Emory staff, I understood my situation completely. An angiogram was scheduled for the morning.

I slept secure in the knowledge that I was fully in competent hands.

The surgery took almost five hours. But I was, at last, out of the worst danger.

I’ve been writing this post in my head all week, laying here in a hospital bed. It is being published under the date which it would have been published if I’d been physically able to type and publish it.