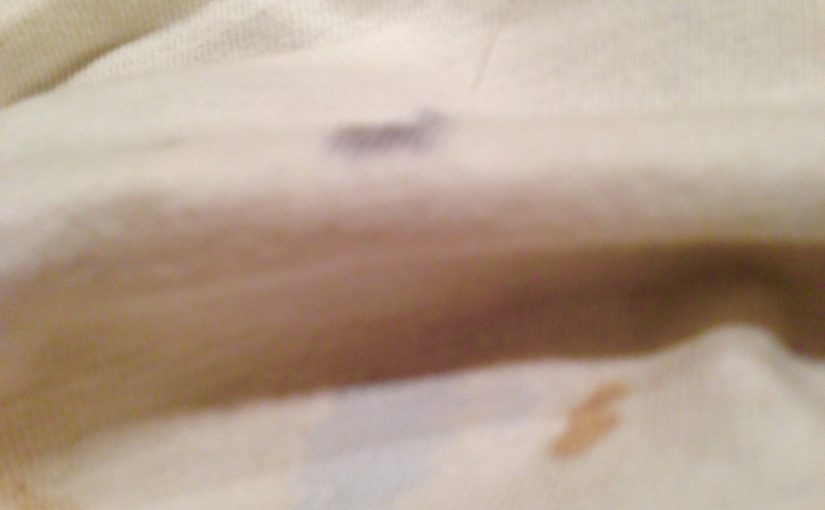 She wavered at the car and the crosswalk, not exactly weaving but not quite steady either.

Her hair was six ways to Christmas, unbrushed; her skin was blotchy and eyes baggy without makeup. Her shorts were too short for a 50-something woman out in public, her T-shirt was stained and crumpled.

It seemed she hadn’t taken notice of any of these things before she got in the car and drove to the medical complex.

Her attention was focused on the man walking slowly with a cane, as he put one foot very deliberately in front of the other. She stood a couple feet away and created a space around him, so that cars had to steer clear.

If you saw just the woman and not the man, you would think maybe the woman was a little drunk, or mentally unstable. Or you might think that even if you did see the man. If you didn’t put two and two together.

I see how people look at me, or how they look at Tom. I see the judgment in their eyes. You might say that I imagine it, but I’ve done that kind of judging by appearances myself, so I recognize it.

People who move in an uncommon way, who look dazed, who look bedraggled, get judged. Or at least questioned. We are all on guard, looking out for trouble, to defend ourselves; that’s how we survived and evolved.

I try to smile at people, to be friendly with those I have a chance to speak with. In doing so, I want to reassure them that I’m not a threat. That I’m sane.

Some people don’t judge. They smile at me, they wait patiently for Tom to cross the street, they hold the door open, they catch the closing elevator doors.

If I get to talk to them a bit, I find out their mom had MS, or their husband had a massive stroke, or they had a bad fall and had to have brain surgery.

They all survived those frazzled days. When they see me and see Tom, they remember what it was like.

They suffered, but the gift for their suffering was compassion.

They don’t judge me. No matter how dirty my T-shirt is.

Today’s penny is a 2012. That’s the year I bought religion historian Karen Armstrong’s book “Twelve Steps to a Compassionate Life“.

5 thoughts on “The woman with the dirty T-shirt”