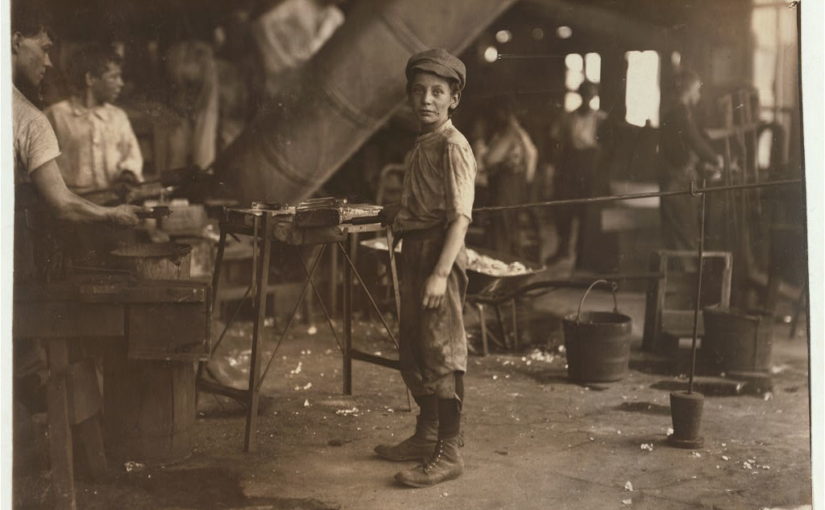 In the fall of 1919, a massive strike shut down the steel industry. The U.S. Senate Committee on Education and Labor held hearings to investigate the strike while it was in progress. One of the 350,000 striking workers, Andrew Pido, testified:

The CHAIRMAN. What is the reason you struck this time?

Mr. PIDO. I strike on eight hours a day and better conditions.

Senator MCKELLAR. What sort of conditions do you want better?

The eight-hour work day was just a dream for laborers, not only steelworkers but men, women and children working in mines, factories, construction and transit. In those long hours worker exhaustion caused terrible accidents. Mill bosses were known to walk around slapping children to keep them awake.

Anybody who’s worked even four or five hours in jobs where you’re on your feet or doing manual labor knows the weariness that settles in your bones. I remember, as a teenager, literally falling into my bed after a waitressing shift.

Imagine doing that 80 hours a week – in a hot, filthy factory, without breaks.

I remember Dad coming home from construction jobs, seeing him walk up the driveway with his lunch bucket, dirty and tired, hurting from arthritis.

But, with an eight-hour day, he still had the time and energy to build the house we grew up in, make toys for us, read the entire newspaper every day, go square-dancing.

In 1919, work hours was at the top of the agenda for the International Labor Organization.

The ILO had been formed as part of the Treaty of Versailles ending World War I. Its first conference was held in Washington, October through December 1919.

On this day, Nov. 22, in 1919, an ILO committee voted to recommend the 8-hour work day and 48-hour week as a labor standard. A week later, the very first convention of the ILO, “Hours of Work,” was adopted by the conference.

ILO conventions set labor standards worldwide, regardless of how many countries ratify any given convention.

Convention 01 has been ratified by 52 nations. The United States isn’t one of them.

Today’s penny is a 1993, the year that Slovakia and the Czech Republic ratified ILO Convention 01. They were the last to ratify it.

One thought on “The 8-hour workday”