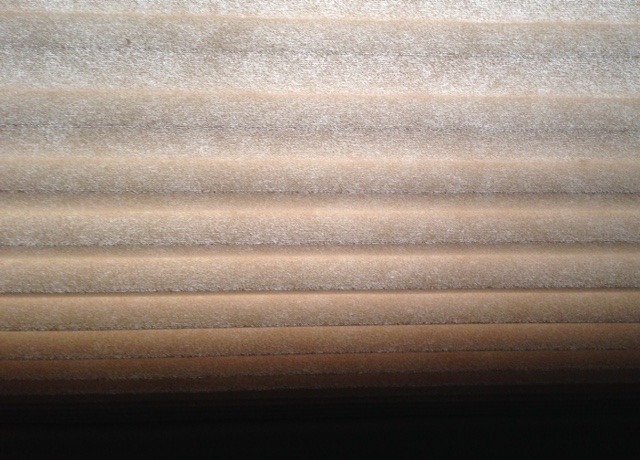 Back in January, Tom’s birth mother said that she would be willing to receive a letter from Tom. “But don’t expect any response,” she told Lauren, the social worker at the agency who is our liaison.

Tom struggled with how to write to her. How to thank her for enduring such a difficult experience, and not by choice. How to let her know that he had turned out OK, without sounding boastful about his accomplishments.

Tom is a terrific writer, but this was an emotionally fraught task. He also didn’t have a lot of spare energy at the time, because he was so immersed in his job. And then we were caught up in getting to know Richard, his biological father.

After Tom’s stroke, I contacted Lauren again to ask for relevant details about his birth mother’s medical history. Lauren had to call to get those details. So now Tom’s mother knew that her son had had a stroke.

In August, I offered to write a letter to her. Since Tom couldn’t type without the use of his right hand, we had a plausible reason for me to write on his behalf. Lauren agreed.

After many months of thinking about her, I reached out with all the love and compassion I have. I summoned everything I knew about writing to try and reach her.

This was a writing challenge like no other, starting from the second word – how to address her? “Dear mother” was overly familiar. “Dear one” was stilted. “Dear ____” would allow Lauren to fill in the first name, but that was horribly impersonal. And so was having no salutation at all.

Hello, dear birth mother, we are sorry that we don’t know your name to address you more personally!

I first gave her an update on Tom’s condition, emphasizing his progress and expectation of full recovery.

We also wanted to thank her for allowing the anonymized records to be released, and express sorrow for her suffering:

Those details of his birth and adoption were very important to him, as they gave him a hint of what you went through. We are both so sorry for those difficult months of your pregnancy, and that you had to give birth to him knowing that you would be giving him up. It must have been very traumatic for you, and he and I have often talked about the many ways in which his birth might be a memory you would rather not bring to the surface again.

That was a segue to talk about our heartfelt purpose in writing to her:

I hope that we can give you some things to feel good about, knowing that he has accomplished so much and brought so much joy and goodness to my life as well as so many other people’s lives. I hope this letter brings to you all the love and caring that we are sending with it.

We attached five photos of Tom at various ages to accompany the narrative about his life. I was in a better position than Tom to talk expansively about how well he turned out.

I don’t mind bragging about him – he is extremely creative, funny, strong, sensitive, and the smartest person I have ever known. I know that he must have gotten many or all of those fine qualities from you, and I can say that he is a son any mother would be proud to have brought into the world.

I went on to describe his military service and his career, and our time together overseas – always referring back to the good qualities in Tom, to reveal the person she’d missed knowing.

Tom was much loved by our Afghan, Arab, and Timorese colleagues, who were very adept at sensing which of the many foreigners were sincere and truly wanted to help. Tom brought a strong business sense alongside compassion and cultural understanding to places where there was little of those things among the international community.

I talked a bit about our love of the Southern Appalachians, thinking this is a connection they share because she too grew up in this beautiful mountain ecosystem. It was also a way to talk about why I love Tom.

Tom greatly appreciates the natural beauty here, and still has the delight of a child whether he’s watching deer run up a hillside, a colorful spider spinning a web, or passionflower bursting into bloom. He has the gifts of both a Southern storyteller and a big-city comedian, so he can always make me laugh and he never bores me.

I apologized for writing a long letter, and made another attempt to explain our purpose in reaching out to her:

I want so much for you to know what a strong life you gave birth to in October 1963… I want for these images of Tom’s full and good life to overprint any unhappiness you might have endured in order to give him life. I want for you to be glad that Tom was born, because I am, and because so many other people are too. I want to thank you for this precious gift to me and to all the others Tom has touched with his life. Please, please be happy that you brought this goodness into the world.

Another challenge in this letter was to come up with questions that she might answer. I guessed that she might expect questions about Richard or the circumstances of Tom’s birth – but that’s not what we care about most.

We would love to just know more about you, and your life – what you studied in college, what you went on to do, what you feel strongly about, what makes you laugh, what books you read, what makes you happy – anything at all that you would be comfortable to share, so that we can know you better.

I ended with one last plea to let Tom into her life:

We don’t want to cause you any more pain, we only want to add joy to your life, a gift in return for the gift you gave by giving birth to Tom. Please let us know how we can do that.

Tom read the letter, made some small tweaks, and we sent it off. Lauren thought it was perfect.

We let time go by. Nothing. We asked Lauren to check in with Tom’s mother. She did, but got no response.

By then we were planning the visit to Virginia to meet Richard and family. Because it’s such a small community, and Tom’s mother still has relatives in the area, we were afraid that word would get back to her. We didn’t want her to hear about the family gathering that way.

So I asked Lauren to call Tom’s mother one more time, and to tell her about the trip we were making to meet Richard. To let her know we also know her name and where she lives, but we still want to respect the formal process – we won’t show up at her door, we’ll continue to respect her wishes and go through the intermediary.

Lauren agreed to do that. Again she got the answering machine. Meanwhile, the trip to Virginia made me want even more for Tom to have a relationship with his birth mother.

Today Lauren called us. Her serious, sad tone told me all I needed to know.

Tom’s birth mother said she appreciated receiving the letter and photos. She was taken aback that we were meeting Richard. It was clear that she is still bitter about the circumstances around his birth.

Her word remains No. She still doesn’t want to have direct contact with Tom.

She could change her mind. She has Lauren’s contact info, and although the state of Virginia will officially close the case, that avenue of connection is still possible and can be re-opened.

Maybe in time, something will urge her to lift that dark shade. Maybe some curiosity for details would be irresistible. Maybe she would want to know whether Richard is sorry (he is). Maybe the spirits will carry to her on the wind the compassion and love from us.

My heart is broken to think of how much she has already missed. How much joy Tom could still bring to her life, just as he has to Richard’s.

My heart is broken to think of how this feels for Tom. Even though we understand why she would shut that door, it seems so unfair – this innocent child, hurt by a mother who herself is still hurting.

I pray that she doesn’t regret on her deathbed that she never knew her handsome, smart, funny, loving son. I cling to the hope that there is still a way into her life. That some phrase from my letter or some expression in Tom’s photos will echo and echo and move her to open that door she has shut.

That somewhere, the universe has shown her its endless spring of opportunity, even one that tumbles from a rocky hillside.

Until then, all I can do is respect her wishes. And ask for love to heal her pain.

Today’s penny is a 2015, when Tom filed the paperwork to re-open his adoption records.

5 thoughts on “A plea to Tom’s mother”