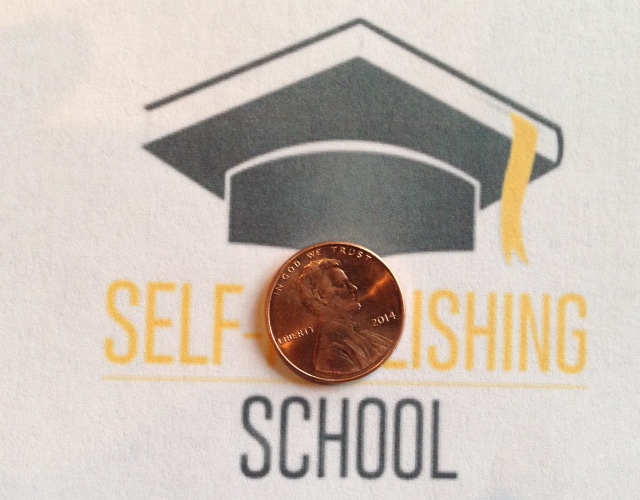 It only took a couple days before I got that sick feeling in the pit of my stomach that said: ‘You’ve been had.’

Self-Publishing School was not what I’d hoped. After less than three weeks, I asked for a refund.

I did get the refund, so I wasn’t fleeced. I did get started on two books, but I can’t much credit SPS for that.

Here’s my honest review of Self-Publishing School, started by Chandler Bolt. I hope this review helps someone else, because I couldn’t find this kind of critical info online when I was trying to decide whether to plunk down the cash.

The quick summary: I got far more out of two books than out of the SPS course material. For $13 you can get all you need from Guy Kawasaki’s Author, Publisher, Entrepreneur, and Nancy Hendrickson’s Write and Publish Your First Non-Fiction Book.

What SPS offers is an overly simplified, stripped down version of just one approach to self-publishing. If you are easily confused and want the Reader’s Digest version, you might find SPS more helpful than I did.

Core content: The SPS program, at the “Pro” (lowest) level, gives you one thing: access to videos and handouts. The total video content adds up to just a few hours.

Overall, I felt the content was minimal, more of an outline of what to do than the actual steps. Or a single tip that was stretched into a “topic” – such as an explanation of how to read your book out loud.

What the content did cover was completely focused on producing a book for Kindle and using other people in SPS to help you promote it there. Nothing at all about other ebook platforms (iBook, Google Play, Barnes and Noble, Kobo), nothing about how to do a print version of your book.

For me this is a big weakness. Bolt says he does this because Amazon is the biggest player and he wants people to focus their efforts; fair enough, but that’s not good enough for a $600 course. Kawasaki covers them all in his $10 book.

The videos are unprofessional – apparently shot with a webcam, and so the backgrounds are often full of distractions. They seem to be unscripted; there’s a lot of Chandler Bolt happy talk, similar to what you’ll see in the free videos that he uses to market SPS.  They are short, so the content is minimal. Chandler Bolt would say that this is in order to keep them focused and not be too confusing.

The handouts are similar to the videos in that they too are short, mostly 1 or 2 pages. I did find several tip sheets that appeared to be useful: how to write an Author Bio, a book description, and a book review, and how to choose a book framework. These are structured and precise, like the outline of how to write an Intro, which I did use.

I didn’t take the time to see what the origin of these materials are. (Much of SPS material is remarkably similar to Hendrickson’s book.) By the way, because Bolt is very efficient at recycling his material, many of the SPS handouts are in some form in the “Book Launch” book he wrote, which is $4.

SPS materials do not address formatting with photos or graphics, at all; that’s another big weakness for me. Kawasaki makes many references to it in his chapters, though it’s not a specific focus.

The content is geared to people writing self-help or other non-fiction books. So you see that lots of people in SPS end up writing books about topics you’ve seen before many times. In fact, Bolt encourages this. He reasons that if there are already a lot of books on a topic, it means there is an existing market that you can worm your way into.

In his videos on how to choose your topic, he demonstrates how to scan what the bestsellers are in various Kindle categories and then come up with your own variation – such as a 100-page version of a 300-page book.

“Super-long, that’s insane,” he says, dismissing a 288-page book. And “289 pages, that’s ridiculously long,” he says of another book. Bolt likes to talk about how he’s a college dropout; hmmm…

SPS offered several bonuses: access to Kindle Trends; copies of two books by Bolt; and one free month of the “MasterMind Community.”

On the Bolt books: You’d do better to spend your money on other, more comprehensive books like Hendrickson and Kawasaki. But in any case, you’ll save $590 if you just buy his books and not the SPS course.

Kindle Trends seems like such a good idea. It mines the data about Kindle bestsellers and then offers ways to crunch those numbers to your advantage, such as showing categories that have fewer than 100 books in them. That means if you get one download of your book, you can call it a “bestseller” in that category.

However, the data on Kindle Trends was all from last September. SPS coaches said flat-out that they found it confusing and didn’t use it. And there were some odd things about it – for example, in one subcategory there would be an average number of 41 reviews and then a median number of reviews as 0. Well, you can’t have a median of 0 unless there are negative numbers in the list.

The MasterMind Community was amateur at best. It consisted of a Facebook group and weekly Google Hangouts.

On the Facebook page, there was a great deal of happy talk and the word “awesome” seemed to be the only possible description of any situation. SPS characterizes this as a “positive vibe” that helps people write and publish a book.

The feed from this page is hundreds of SPS students posting in an endless stream to ask for crowdsourced decisions on basics such as their book title and book cover. They occasionally asked more particular questions which were answered (or not) by SPS coaches. And they beg for people to be on their launch team, which helps promote the book by doing reviews and talking it up on social media.

In one Hangout, I was interested to learn that Amazon is now scrutinizing SPS for the mounds of reviews coming from its people. A coach advised us that we should be sure to include people who are NOT from SPS on our launch teams.

In the Hangouts, the coaches occasionally offered details, but often blew off questions with “Don’t worry about that now, just keep writing your book draft.” That is supposed to take 30 days, in the SPS plan for you to have a bestseller in 90 days. However, after the first 30 days, SPS will charge you $47 a month to be part of this group of “masterminds.”

The most egregious fault I found with these conversations was the irresponsible answer given to repeated questions about when and how to seek permission for copyright material. SPS coaches consistently said that it was only necessary to cite the author and give them credit. They never addressed the concept of Fair Use, in particular how it pertains to photos, song lyrics and shorter nonfiction works.

This advice was not only false and unethical, but potentially harmful to SPS authors who take it at face value.

SPS does not have many, many items covered or at least addressed somewhat in Kawasaki’s book – in addition to those above. Such as: alternative ways to pay for doing your book, ISBN, copyright, pitfalls of self-publishing, how to do audio and foreign-language versions, print on demand companies…

In terms of marketing – I didn’t get that far with the SPS program, so I can’t say how useful the materials actually are. SPS does have pdfs that include a book marketing checklist, a “sneaky social media marketing templates” and a Kindle book launch blueprint which seem to be concise and possibly helpful.

However, Kawasaki has a more intelligent treatment of marketing, with multiple chapters: guerilla marketing (more sophisticated and less spammy than SPS), how to build an “enchanting” personal brand (he wrote another book, about “enchantment” in marketing, which is clever and not smarmy), tools/platforms for marketing, three chapters on social media.

The most beneficial thing I got from SPS wasn’t actually from them. It was my book buddy. SPS merely put up a Google Doc for students to fill in their information, and said ‘Here, match yourselves.’

My book buddy and I talk every week, and will continue to do so. We’re sympatico – and she, too, got a refund from SPS before the 30 days were up.

The bottom line: SPS does simplify things, and there are advantages to that. Self-publishing isn’t simple, and if you don’t want to really learn anything but the SPS system, then it may be an approach you like. Kawasaki assumes you are intelligent and able to think through complex questions, which SPS does not.

As my book buddy noted – SPS is geared to people who are younger and less educated. That’s about the nicest way to put it.

Today’s penny is a 2014, the year Chandler Bolt dropped out of college.