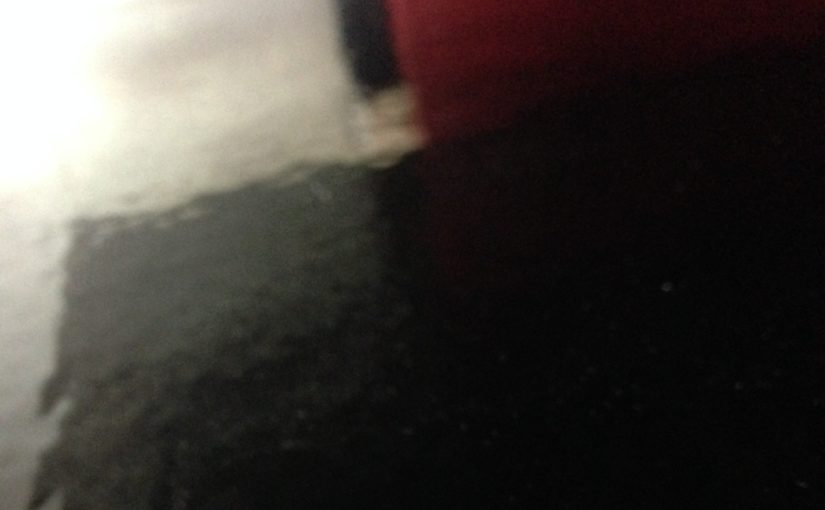 I was getting annoyed. The two cars ahead of me at the parking lot exit were taking forever. Daily parking is free so exit usually takes 10 seconds, but not these two – after handing in their ticket, they just sat there.

When I got to the booth, I did the same thing.

She said, “How you doing?” And she looked at me carefully, as though she really wanted to know how I was doing.

“Because of Hillary losing?” I nodded.

She did a little dip of her head and said with a smile, “Why, there’s no way they’d elect a black man for president twice and then a woman! This is John Wayne’s country, those cowboys would never do that.”

Her tone was mild, her amused wisdom gentle on my ears. I had to laugh. She’s been through a lot more elections than I have.

That was yesterday. Today I took Tom to physical therapy. Hadn’t been there in a couple weeks.

The parking attendant at the medical building is a tall, slender young man with long dreadlocks. I adore him. He’s so easy-going and sweet. We always joke with each other.

I gave him a huge smile. “Hey! Haven’t seen you in awhile.”

“Yeah, yeah,” he said. His smile wasn’t quite as big as usual.

I paused and searched his face. I’m wondering how it feels to be a sensitive black man in a country that just elected Donald Trump.

“How you doing?” I asked. I looked carefully into his face. I really wanted to know.

“Well, trying to go with the positive, avoid the negativity, avoid the drama,” he said. “You know.”

I reached my hand out. He took it. “Take care,” we said to each other.

I went to the park to go running at the soccer field. First thing I noticed was the litter. Plastic bottles everywhere. On the benches, under the benches, on the field – and most of them only a few feet from a trash can.

I hate that. I was getting really annoyed. Then I thought about how you get stressed when your brain’s alarms are going off. If you do something, you help quiet the alarm.

I went around the field and picked up every plastic bottle and threw it in the trash. A few dozen of them. There was a piece of jagged metal wire under the bench and I threw that away too, thinking of some little kid that might pick it up and hurt himself.

A woman and three little kids came and started playing. The girl was poking around in the dirt under the bench, and I was so glad that I’d picked up that metal wire.

A guy came and sat down on a bench. He had a really cool drone. I stopped and chatted with him a couple times.

He’s from California, his grandparents from Jamaica. We talked about being a transplant in Atlanta, and living in a black-majority city; he prefers being on the northern outskirts where it’s racially mixed. He asked how I came to live in Georgia; we talked about journalism.

Then he offered to let me see the drone’s camera view through his goggles while he flew.

He took the drone around the field, and then up into the trees. Waaaaaay up. He made a 360 sweep so that I could take in the whole sky, the tall buildings, and the tops of the biggest trees.

We swapped phone numbers and he sent me a video of a drone he recommended.

I went and picked up Tom and told him all about my new friend.

Today was better than yesterday.

Penny for today: 2013, the year my new friend moved to Atlanta.

2 thoughts on “How you doing?”