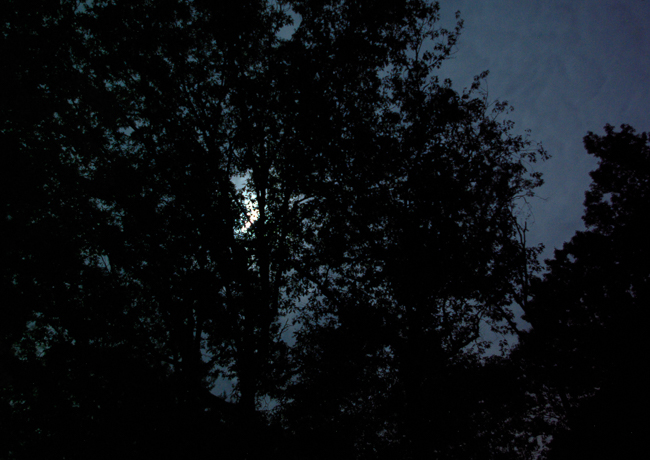 By the time I finished all my chores, it was 5:30. There wasn’t much daylight left. I went for a walk.

The shortest day of the year. The planet shifts twice a year. Every year. Without fail.

Our mountain roads have no streetlights and not much of a shoulder. I strode quickly to stay warm and keep my heart rate up. I carried a flashlight but didn’t turn it on.

Many of the houses were dark. Only two cars passed me.

The darkness was a blanket. I watched from beneath a corner of its cover. A man out preparing the grill on the deck, a woman gathering firewood from the stack, a father and son unloading their truck … they didn’t know I was there.

Lesser details disappeared as the light faded. How glaringly intense some house lights are, like a fire in the woods. People use bright lights around their house thinking it is a kind of security device. Their house is then surrounded with deep dark shadows where anyone, anything could easily hide.

My best security comes from my acquaintance with the dark.

Dark moments, dark hours, this year has had more of them than I thought I could endure. And it was not the first dark year of my life.

Tomorrow the daylight expands. The light will be winning again.

Today’s penny is a 1974, the year Rufus with Chaka Khan released Walkin’ in the Sun on their album Rags to Rufus.