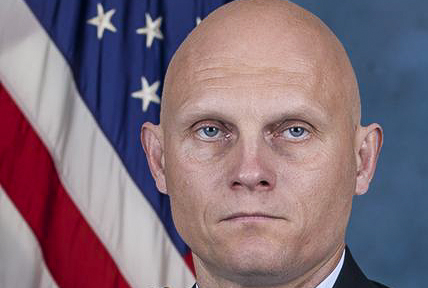 In Iraq yesterday, as part of our new mission to “train and advise” local soldiers fighting the Islamic State, the U.S. led a commando raid to rescue 70 hostages. The Army Times today reported the name of the American soldier killed in the raid:

An Oklahoma boy, Wheeler joined the Army in 1995, so he would have been eligible for retirement. He had certainly earned it in those 20 years: After serving three tours in Iraq and Afghanistan as a Ranger, he joined Special Ops – and went back to Iraq and Afghanistan ELEVEN times.

He was married and had four children. His grandparents are still alive. At 39, plenty of time to enjoy it all.

Instead, this soldier went on a pre-dawn commando raid of an Islamic State prison, alongside Kurdish peshmerga fighters. Four peshmerga were wounded, and several Islamic State militants were killed.

The hostages, who were in imminent danger of being executed, walked away.

Wheeler will not turn 40 next month.

Courageous, noble, tough – Wheeler was surely all those things. But he has another distinction now, on top of his 11 Bronze Stars and other medals.

He is the first American service member killed in action by enemy fire while fighting Islamic State militants.

When I read that sentence, I felt utter despair.

There will be more.

More in the long procession of dead and maimed and mentally scarred soldiers.

In the year I was born, 1959, Major Dale R. Buis and Master Sargeant Chester M. Ovnand became the first Americans to die in the Vietnam War. That war also began with a “train and advise” mission.

If I live to be 100, will the United States still be at war? One thought on “There will be more”