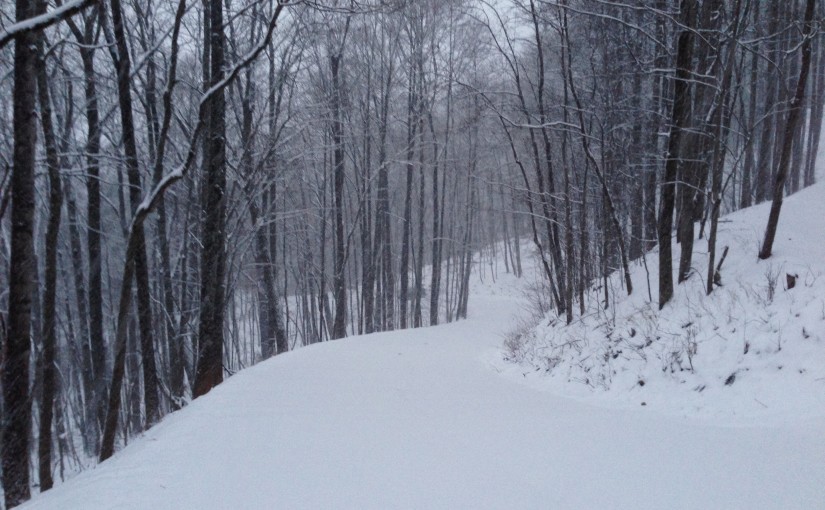 I was standing at the stove cooking, and suddenly it hit me again: the ax in the head.

I wasn’t having another aneurysm rupture. Just for a moment, I was re-living it.

The fear that gripped me. Being alone. The pain and dizziness out of nowhere – no warning at all. One minute I was fine, one second later pain and dizziness and spots on my hand, three seconds later I was on the floor. All so fast.

I had been feeling a little sad in the afternoon, for no apparent reason. Then this anxiety attack.

I reassured myself: The scans showed no other aneurysms, I’m healthy, I’m fine. I shook it, but I slept very badly.

That was Sunday. These three days since, I’m still haunted by the fear.

Today I was trying to work on a business strategy for News Lens Pakistan. As I followed my normal steps in problem-solving, my brain kept saying “I don’t know.”

It’s a hard problem, but not impossible. It’s a problem I would have tackled head-on before the aneurysm.

I’ve also been struggling with problems about the book I am trying to write. I know what I want it to be, and I am working on it every day. But Self-Publishing School hasn’t turned out to be the wonderful boost I’d hoped for.  And I’m feeling overwhelmed by what I am trying to accomplish.

Ups and downs in energy are normal, especially in the winter – and this week was seriously interrupted by a major snow that blocked me in for most of three days. Our mountain-curved roads are full of hazards.

Into this heap of mental muddle, gifts fell.

One was a beautiful book from Angela, Gathering Moss, about the secret life of mosses, a book that perfectly aligns with my reflections on seeing beauty and one that ties together disparate elements the way I hope to. A real inspiration.

Another was a big bag of transformational goodies from Elizabeth, touching each of the senses: lavender soap for calming, flower essence tincture and spray for transformation, alpha brain waves meditation music, and a gorgeous, huge amaryllis in full bloom to feast my eyes on.

I don’t even see Angela and Elizabeth that often. But they gave me these beautiful gifts, and surrounded me with love like a huge furry cloak. That was the real gift.

Late in the afternoon yesterday, I suddenly realized that (despite my morning assessment) there WAS enough snow to go snowshoeing.

Along the silent, untraveled road, the twilight and the snow’s amplification gave me just enough light. Each tree was outlined in white as though with the brush of some giant painter.

I felt so relieved to be in the fresh air, breathing in the glory.

Even in the dark days of winter, there are glistening gifts.

One thought on “Curves and ice”