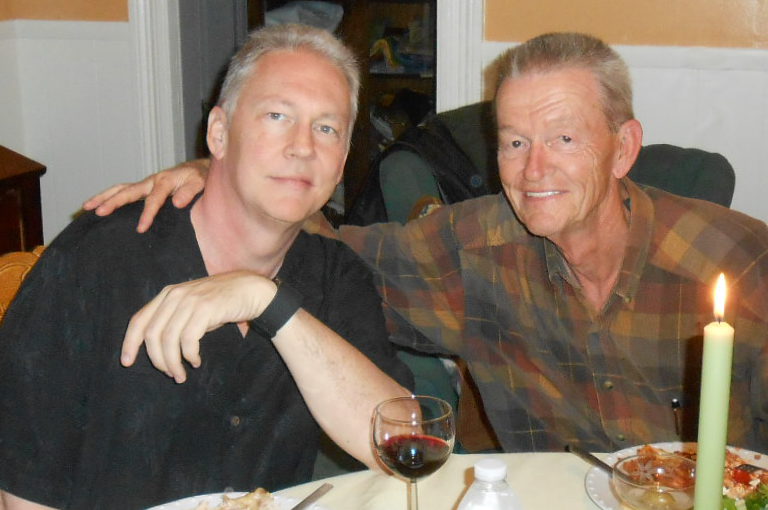 Richard and Tom lingered long over breakfast in the hotel dining room, talking about politics – state by state.  Sara and Jane showed up because they were out shopping for dinner.

We stayed so long, just enjoying each other’s company, that the manager had to ask us to leave so that the staff could clean the dining room.

Meals with family are different than other meals. They offer a place where everyone can just be together and relax and talk; the food makes everyone more connected, less awkward.

My family’s meals together were noisy affairs, when my sisters were still home. I took for granted that there would be debates, teasing, and fighting over the last portions.

Tom didn’t grow up with that. His adoptive father was overseas in the military and he had no siblings.

Richard, Sara and Jane didn’t grow up with that. Their parents divorced when they were small, and they spent their years at separate schools away from home until they came to America.

So our only common experience of a family dinner was this very night.

Tom and Richard sat together talking about technology, the economy, and the future.

The rest of us smiled to watch them and shook our heads at how alike they think.

Afterwards, Jane brought out some old family photos and letters. It was delightful to see everyone at different ages – I love this one with Jane (center), Sara and Richard as young children: And then about 10 years ago: I loved watching Tom and Danielle pore over the documents. Brother and sister: And of course, there’s the late-night martinis: Well, that’s Richard from college days. But while I was bartending and listening to him and Tom talk, I could have sworn there were two young men in the room.

Today’s penny is a 1987. That’s the 100th anniversary of the year that the martini appeared in the bartender’s manual by Jerry Thomas, of the Occidental Hotel in San Francisco..