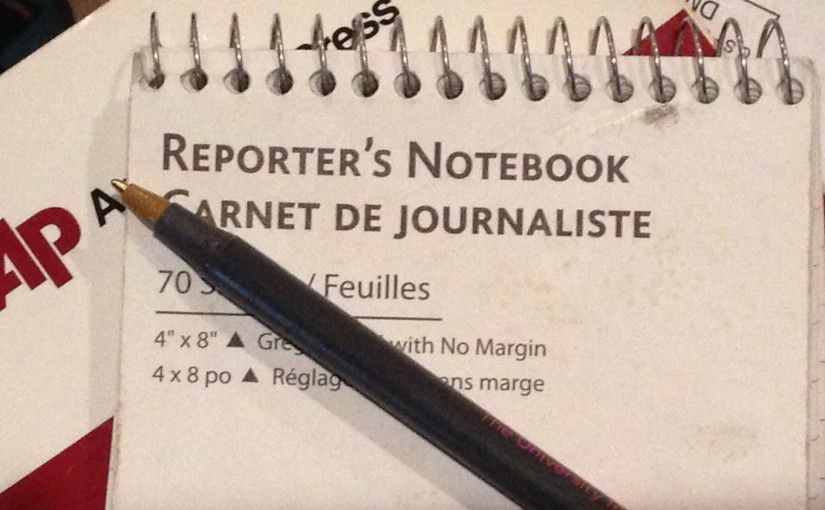 The worst job of 2015, according to an analysis by CareerCast, is one that I held for 12 years: newspaper reporter.

That job was hard and often exasperating, but I loved the challenge, was fascinated by the people I met and stories I reported, and was proud of my profession. It seemed a perfect fit for my curiosity and my interest in writing.

Even after I went on to editing, freelance writing, and then training journalists overseas, I still liked to report and write. But gradually, the low pay and my general disagreement with how mainstream media covered issues made me turn away from it.

The average reporter salary now is a lousy $36,267, according to CareerCast. And there’s no future in it – the growth outlook for newspaper reporters is a negative 13.

Incidentally, two other jobs in journalism also made the 10 worst list for 2015: broadcaster, and photojournalist (another job I loved).

I wouldn’t tell any young person now to do what I did.

But I wouldn’t tell them not to.

When I started in the 1980s, the profession was basking in that post-Watergate glow. Americans saw journalists as their advocates, the watchdogs of the powerful.

By 1994, when I was editing at the Seattle Post-Intelligencer, newspapers were already in a serious decline and layoff announcements were a regular occurrence. Then, for the next two decades, industry’s failure to adapt to a digital reality was the final blow.

Many of my colleagues didn’t see it coming. They didn’t acquire any new skills, and resisted the changes that technology brought.

If you aren’t phobic about technology, 2015 is the best of times to be a newspaper reporter. Everything I used to hate about reporting is different now.

We’re no longer beholden to corporate publishers and big chains – anyone can self-publish, self-market, and find an audience, practically for free, without needing to worry about the whims and pet causes of the boss. The old saw that “the power of the press belongs to he who owns one” is still true – but that power has been thoroughly disseminated. If you have access to a computer, you own a the equivalent of a very large printing press with unlimited ink and paper.

We no longer have to depend on the newspaper’s “morgue” or its librarian (if there was one) to dig up background clips. Vast amounts of background info now are available through search engines.

More importantly, we don’t have to fight for the space to include enough background in a story. Space is infinite. We can use links and pop-ups to offer context and explanation, enough to help every reader out there find out what they need to know to understand the story.

We now have a plethora of ways to find and contact appropriate sources of information – we no longer need to suck up to senior reporters or officials in order to borrow their rolodex.

Public data is vast and accessible, and so are the tools to gather, analyze and display that data. The internet is the great equalizer.

And the people formerly known as the audience – people who consumed our daily product but rarely wrote a letter to the editor or called us – now can easily find us, tell us what they think, and offer insights and information that a single reporter can never, ever have.

These are all terrific improvements, and one that will make journalism better once we get past the lingering paralysis in the face of disruption.  That’s why I hope there are still young people who make this career choice, despite what CareerCast says.

The core of journalism hasn’t changed.

To gain the trust of readers, a reporter still has to be accurate and fair – and when you’ve earned that trust, it gives you the strength to face any bully.