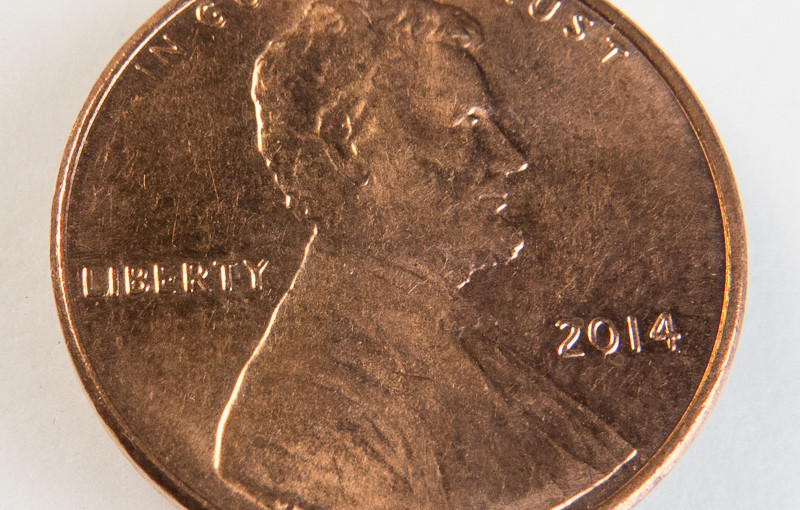 In a previous post, I speculated that I might possibly be an outlaw for using $162 in pennies to create a sculpture.

Today I decided to get to the bottom of this, and I did what few people bother to do on such questions: I dug up the actual law and read it.

Although there is a 1948 law on the books which prohibits defacing or altering U.S. currency, it specifically bans it on the grounds of intent to defraud.

But a 2006 federal regulation issued by the U.S. Department of the Treasury banned the export, melting, or “treatment” of any 1-cent or 5-cent coin. The press release about this regulation said there were exceptions to this ban, but that the public should consult the regulation to see the specifics.

b) The prohibition contained in § 82.1 against the treatment of 5-cent coins and one-cent coins shall not apply to the treatment of these coins for educational, amusement, novelty, jewelry, and similar purposes as long as the volumes treated and the nature of the treatment makes it clear that such treatment is not intended as a means by which to profit solely from the value of the metal content of the coins.

My physical sculpture is not particularly educational, but the overall project certainly is. It could be considered “amusement” or a “novelty.” But the main rationale is the “similar purposes” – art is somewhere in between educational and amusement.

And again, intent is the key element.