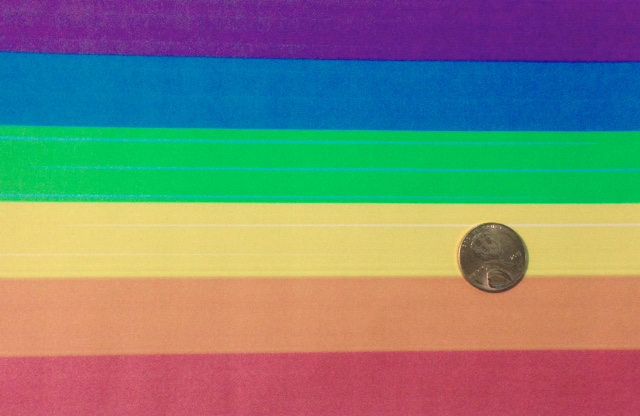 I woke up to this post from my friend Lee Howard that smacked me in the face:

You’ve all been so amazing and compassionate with the massacres at Virginia Tech, Sandy Hook, Paris, and Belgium and places far afield.  … Guess what, it’s generally crickets chirping when it comes to a gay massacre in this country.

That doesn’t feel nice. There are no flag banners or platitudes. Many of you have expressed your anger and love, and I thank you immensely for that, but many more have been silent.

Many of you have been wonderful, and you know that. I thank you in a way that words can never convey. A lot of you haven’t, though. So what I’m asking you to do is to check on your LGBT friends. Reach out. Give them a hug. Let them know that you are there as a friend and ally. Any sense of safety we had has been shattered. Blown into 50 dead bodies and 53 wounded others.

I was ashamed that I hadn’t reached out to him. I wrote – Lee, I am sorry. I was so angry yesterday. I expended a lot of energy just responding to stupidity in my FB feed. I should have put more of it into loving the people who are alive. Thanks for pointing that out. I love you.

The Orlando shootings brought out vitriolic comments from people who wanted to blame Muslims, blame Obama. All of it couched in hatred and divisiveness.

What I try to inject into discussions is some grounding in facts – my first-hand experience with Muslims, my online knowledge of what Obama actually said.

But journalism and facts only get you so far.

What matters in the end is that you look for the people you know and tell them you love them. That is, ultimately, what got us this far, in civil rights, in women’s rights, in gay rights.

People looked around and said, “That’s my friend getting attacked. That’s my colleague being discriminated against. That’s my cousin who can’t get married. But I love them.”

That’s what Lee made me remember.

I wrote to my friend Chris Baumann, under a photo of him with his husband, “Love you two. And I love your love for each other. It’s inspiring.”

He replied, “We are pretty normal. As in, so different in nature that we have to constantly make room for each other.

“We sometimes don’t like each other….but our commitment is real, so is the love. So we keep trying…. :)”

That’s the way to look at this relationship we’re all in together, America.

When you love your country and you’re committed to its ideals, “we have to constantly make room for each other.”

Today’s penny is a 2015, the year that the United States Supreme Court ruled that our Constitution guarantees the right for same-sex couples to marry in all 50 states.