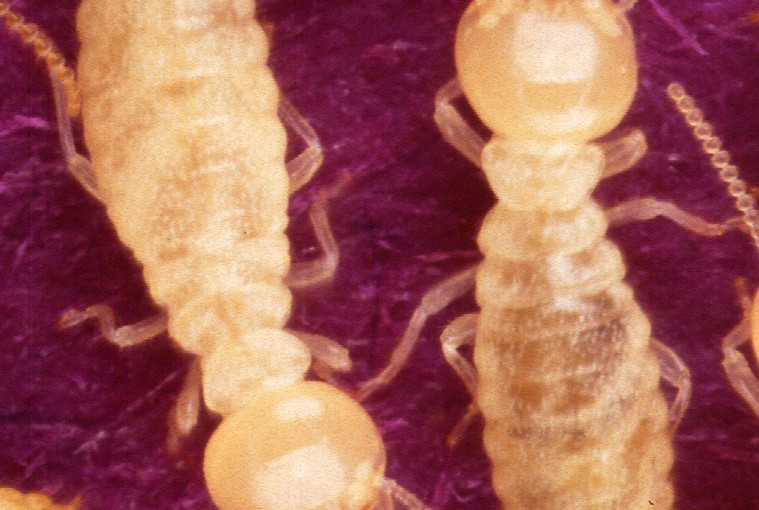 I love my termite guy.

He shows up once a year, inspects the house inside and out, never criticizes my housekeeping, and I hand him a check for $75. That’s not why I love him, though I am grateful for the professional service.

No, what I love is that he likes to talk about bugs, animals, and the rest of creation – and in a funny and down-to-earth way. And he answers all my questions like he really wants me to understand.

It started a couple years ago, after we put electric fencing on the front windows. He guessed right away what it was for: to keep bears from breaking in. (You’ll have to wait for that post.)

Today he asked if we’d had any bears trying to break in this year, and I said we hadn’t, though I’ve heard some big thumps outside. From there we went on to talk about hunting, spiders, and of course termites. Like me, he is fascinated with insects and ecosystems.

“You know,” he said proudly, as if he’d created nature himself, “the government is doing tests to try and figure out how to do some things as well as insects and animals do. Like the hummingbird…”

“Yes!” I said. “Imagine if you could build a plane that flies like hummingbirds do!”

“Or bats,” he said. “They can’t even see but they catch bugs…” and off we went, like we were old drinking buddies, even though I only see him once a year.

I’ve had this experience a lot in North Georgia – with the exterminator, with the HVAC guy, with the hardware store clerks, with the cleaners. This kind of earthy dialog is one of the things I love about living here.

Not that service professionals in other parts of the country aren’t friendly and informative. But these folks just don’t mind taking the time for a real chat, especially if there are a few good stories involved.

I feel at home with them because they are plain-spoken and full of common sense and humor, just like my Dad. Who was also a service professional, a plumber. His communication skills were perhaps not as greatly appreciated in construction as they would have been in house calls, but I know a lot of people liked him.

Southerners, though, have the additional gifts of that beautiful drawl and their rich figures of speech. Seems like all of them are good storytellers.

I have learned a lot from them – the pacing, especially, which must be slow enough to draw in the listeners and capture them, but without putting them to sleep. (A good lesson for bloggers.)

Right at the end, when we were talking about next year’s booster termite treatment, I asked if they only did those when the weather forecast was for no rain, so that the chemicals don’t leach and run before they crystalize.

He said a little rain was not a problem – not “the toad-stranglin’ rain like we been havin’.”

I burst into laughter, and his grin said he was glad for my appreciation. He knows I’m a Yankee, but he appears to like me anyhow.

He made sure he worked that phrase into another sentence before he left – just so he could see me laugh again, I reckon.

Here’s a wet, speckled 2015 penny to commemorate the year of toad stranglin’ rain. 2 thoughts on “Day 44: Another reason I love the South”