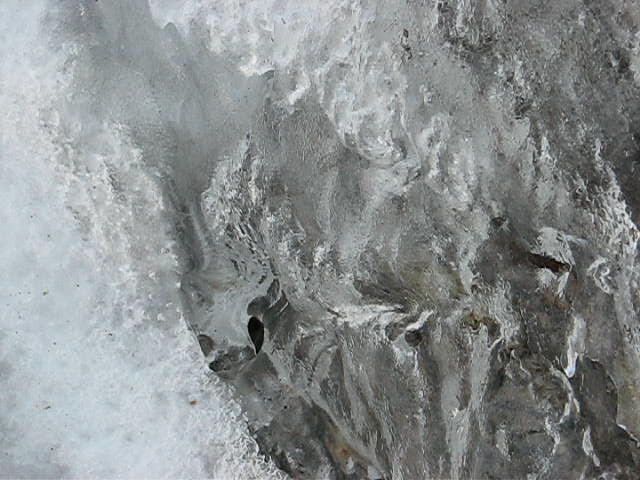 She jerked. She stuttered. She stopped.

She got going again, just a little ways, then stopped again.

“Damn it!” A cold day in mid-February, I’m way up the side of the mountain. I came here excited about spending the afternoon to take photos of a wall of icicles. But now I’m stuck here with no cell signal.

I made sure Anna Mae was in a safe place, and walked up the lonely gravel road. Walked and walked. Finally got a cell signal and called Tom.

“Did you get gas this morning?” he asked.

The gas gauge is broken on our ’95 Jeep Wrangler, aka Anna Mae, and I forgot. It looked like she was still half-full. But with the trip odometer reading 200 miles since the last fill-up, it’s pretty clear what the problem is.

I’m up on a Forest Service Road in the middle of the Chattahoochee National Forest. We’d been up here just the day before, and when I saw the wall of ice I knew I had to come back and take photos before it was gone.

Tom is working, though, it being a weekday. So I came alone. And didn’t buy gas.

No. He gets my exact location, and he goes out and buys a gas can and fills it with gasoline, and drives up to where I am. All while I enjoyed myself and took pictures of the icicles.

He found me, put the gas in Anna Mae, and made sure she started up OK, and then drove back along the route with me to make sure I got her filled up before the gas ran out again.

In other words, he gave up four hours of his day to go and get gas and bring it to me.

That night, he toasted me with champagne and called me his Valentine.

And this weekend it will be the 16th time.

5 thoughts on “One cold February day”