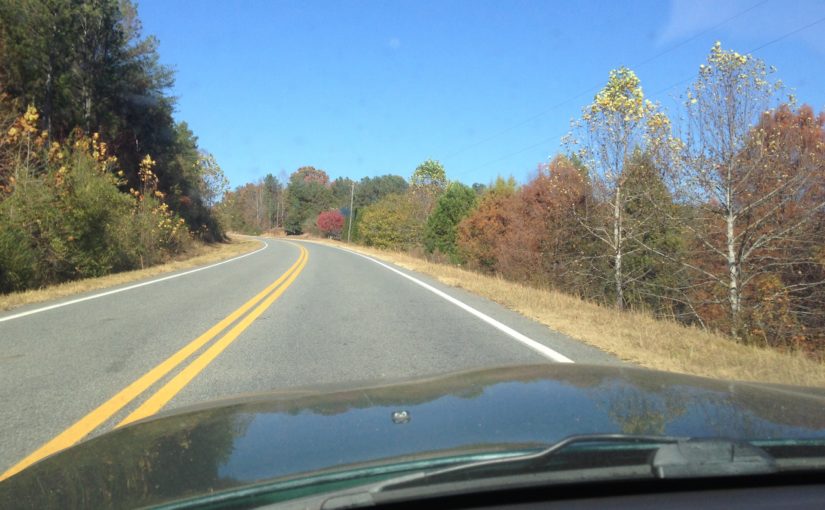 It feels like it’s me who’s topless, as much as the car is. Liberated. Sun-kissed. A fast girl.

Tom’s Z3, who is named Zoe because it suits her, will be 20 next year. Tom has owned her for half those years, and he had her repaired this week and she was repainted last year, so she looks great and purrs like a kitten.

If Zoe were a person, she’d be a leggy blonde who does judo. She kicks butt.

When I drive her with the top down, I feel like I’ve become Zoe. She zips around hugging the road, sleek and low, she is fast and free, she shakes her blonde hair and turns heads, I feel like I could go anywhere, do anything. Your hands and the car meld together, shifting the gears, stepping on the gas and she leaps into action, just goes and goes, fast, faster, you can feel the air rushing past and feel the engine and feel the road and it is all interconnected.

In a normal car there is just metal and tires and you apart from it all.

When Tom first bought Zoe and we’d drive around with the top down, I’d occasionally yell out to the world at large, “Wahoo!  I’m a rich bitch in a convertible!” Because it kinda felt that way, even though I’m definitely not rich.

Zoe hugs the road and she’s fun to drive. It’s easy to exceed the speed limit in a car like that, especially once the wind is flying through your hair and you accelerate up a hill or around a curve, and Zoe just leaps to the task because it’s what she’s made to do. When we picked her up from the shop on Monday, we had an errand to run, so we got to drive under tall trees and breathe fresh air in the sunshine for an extra half an hour. It was so relaxing that we took an extra-long nap when we got home.

Today I drove Zoe up to the mountains, where she can be secured in a garage at our rental house, and driven on the curvy roads that she loves so well.

The trip was an hour and a half of sheer delight. No freeways, just tree-lined roads, sunshine, warmth, endless air, and a very fine engine housed in a sexy body.

I didn’t worry about anything, not about my head or my eyes or my hair. Just driving in a fast car with the top down.