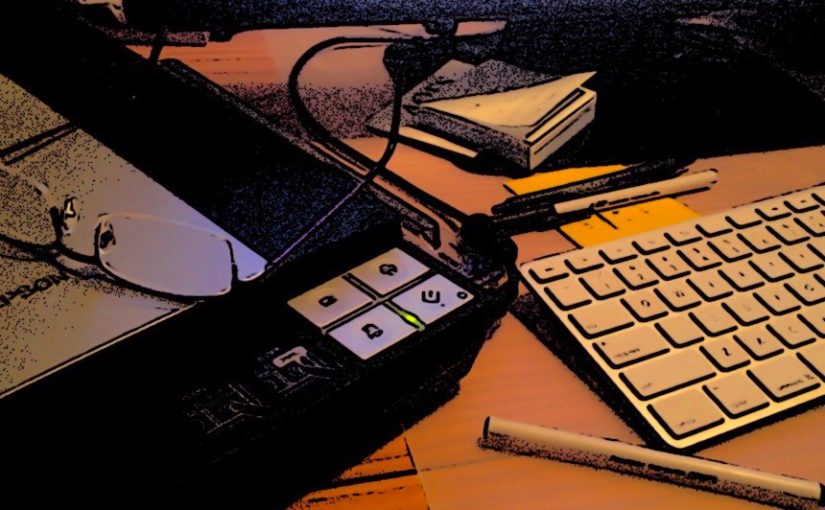 Stephen King says, Don’t put your desk in the middle of the room.

I read his advice about a week after I’d decided to re-arrange my office and put the desk in the middle of the room.

Stephen King also says, The one thing your writing space must have is a door that you are willing to close.

My office has two doors – one to the deck, the other to Tom’s office – but there’s no door at the stairwell, which is the main entry to the room.

Stephen King says, Clear any distractions from the writing space. Close the blinds, don’t have a phone, nothing that will cause your attention to wander.

My floor plan for my new office is to integrate my computer desk with all my artist pursuits, instead of separating them. It will be filled with potential distractions.

There’s also a land line phone on the desk. And the new propane heater will allow me to keep the window blinds open for the first time in 10 winters.

So does my new office arrangement mean I am doomed as a writer?

Well. Stephen King also writes while listening to hard rock music, and he writes horror fiction. Both of which, for me, would be barriers to good writing.

His desk placement advice comes at the end of a section in which he describes being an alcoholic and drug addict for years. Also not me.

For six intoxicated years, he had a huge oak desk that was plunk in the middle of the room. He wrote novels at that desk while trashed.

After he got clean, he moved his desk to the corner and made it a family room, where he spends time with kids and wife. That’s the point.

It starts like this: put your desk in the corner, and every time you sit down there to write, remind yourself why it isn’t in the middle of the room.

Life isn’t a support system for art. It’s the other way around.

Despite the fact that I am now putting my desk in the middle of the room, I’m pretty sure I’ve got the essence of what King is saying. I don’t think I’m in danger of making my life subservient to my art, though it’s a good thing to remember.

I learned decades ago to write in a noisy newsroom. I’ve written in the midst of many kinds of chaos and squalor, from Kabul to Cape Town.

I reckon I can muster the focus to write in a beige-carpeted solo office with a view of trees and mountains.

This is why you shouldn’t take writing advice too, mmmm, literally.

Even Stephen King says that.

Today’s penny is a 2000, the year that On Writing was first published.