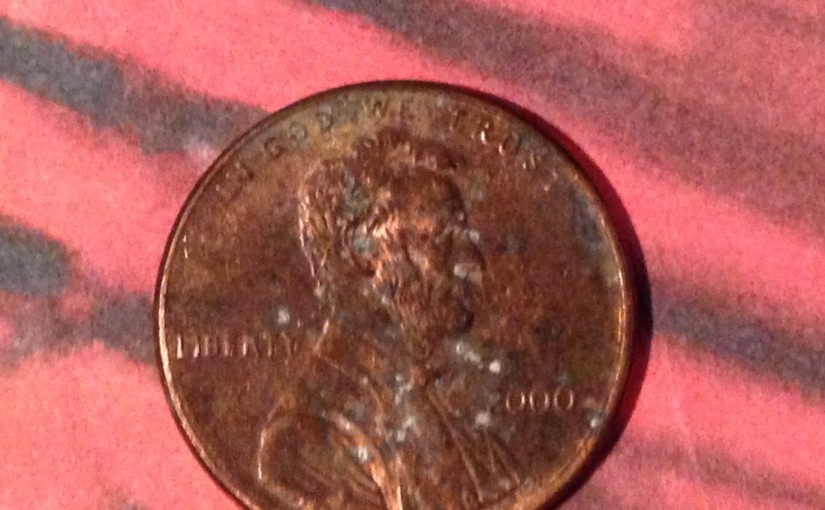 There are no end to urban myths, and so naturally there is one about pennies:

‘A tourist tossed a penny from the top of the Empire State Building to make a wish, and killed someone on the sidewalk below.’

This article explains why such a small object can’t kill you. (Note the inaccuracy – the article says a penny weighs a gram, when it’s actually 2.5 grams, but the basic science follows here.)

There is a scientific basis for the urban myth, though. Recently I read of the New Horizons flight to Pluto: “When traveling at 31,000 miles per hour, a space rock as small as a grain of rice could destroy the spacecraft.”

And bullets, of course, are a similar phenomenon. They don’t weigh much; it’s their speed and shape, not their size, that makes them lethal.

We can kill with a glance, kill with knives, kill with poison gas. But not with a penny – unless it’s shot from a gun.

I picked this penny from 2000 because it looks like it has been through at least two lethal attacks. Whenever I see these beat-up pennies from 2000 and 2001, I think of what they looked like before the towers fell on 9/11.