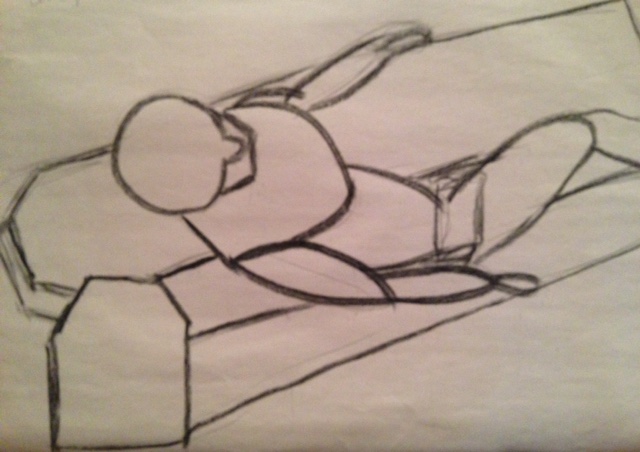 [I drafted this post the day I had my brain aneurysm.]

As I read the book Edward Hopper by Lloyd Goodrich, I was arrested by this sentence,

The result, he said, was never quite what he had in his mind.

This gave me a great sense of relief – that even Hopper, whose work is in the upper echelons of modern American art, was dissatisfied with his paintings.

“I find, in working, always the disturbing intrusion of elements not a part of my most interested vision, and the inevitable obliteration and replacement of this vision by the work itself as it proceeds. The struggle to prevent this decay is, I think, the common lot of all painters to whom the invention of arbitrary forms has lesser interest.”

And Goodrich notes that Hopper was “a genuinely modest man” who was known for calling his pictures “not very good” or “failures.” These critical remarks, Goodrich says, “were not based on any feeling of inferiority, but on his sense that he did not always realize his conceptions as he would like to.”

Hopper’s failure to achieve his vision on canvas was not due to any lack of effort or short-changing the necessary germination time. By the mid-1930s, he took months to complete a painting, planning the details, poses and palette with many conceptual drawings, live sketches and finished studies of the model, before even beginning to work with paint on canvas.

Goodrich says that “with complex paintings there might be as many as thirty or forty such sketches.” Hopper even built a cardboard model of the house in High Noon and put it in sunlight to get the light and shadow right, Goodrich notes.

The work of pre-painting – study, thought, design, practice – takes a great deal of time. Even paintings that appear simple, like Kandinsky’s 13 Rectangles, are the product of all the hours that came before them, not the number of minutes spent laying paint on a canvas.

Realizing this gives me a new patience with myself.

My painting visions are still only simple sketches, but that doesn’t mean they will not come to fruition. And though, like other artists, I may never feel that they are what I had seen in my mind, eventually, someday, they might still turn out “pretty good” (as even Hopper conceded in his later years).

In the past week [Nov. 7-14], I have had sudden bursts of seeing my painting ideas from new angles, as though what had previously been 2D ideas had taken on the 3rd dimension. This change feels monumental to me, as though I’ve suddenly grasped the idea of volume in a way I never did before.

I have no idea what to attribute this to, other than sheer effort over time. All those studies and exercises and dabbling and experimental play pieces I’ve done may be “not very good” or “failures,” but I am beginning to see how they contribute to bringing forth the paintings that are in me.

Re-reading this post today, more than seven weeks after I wrote it, I’m worried about whether that “burst” of new visions can be continued where I left off … or if I will need to re-learn it all…

Today is again a 2015 penny, although the date doesn’t really matter. The penny is just a marker of the passage of time and growth that accompanies it.