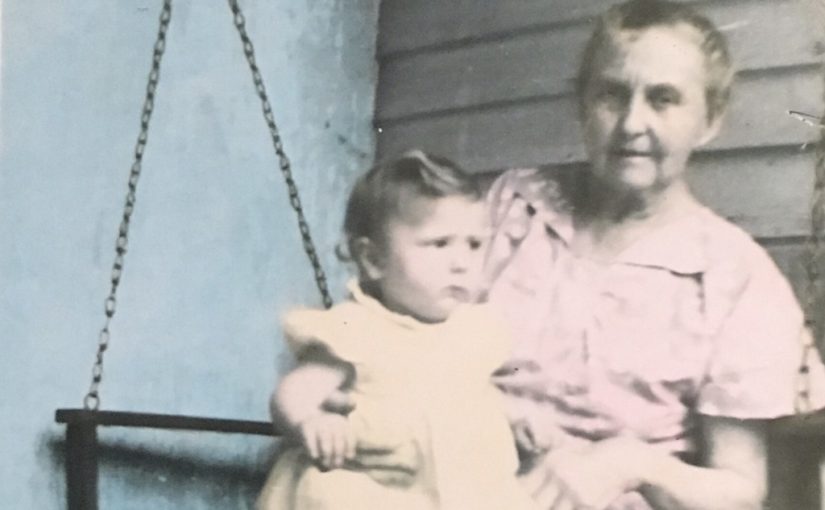 In the midst of the reunion, my cousin Gary pulled me aside. “I have something for you,” he said. “Is now a good time?”

I hadn’t seen Gary more than a couple times in the past 45 years. I couldn’t imagine what he could have brought from Arizona for me, or why we needed to be apart from everyone else for its presentation.

As he rummaged through his bag, he explained, “I found this while going through Laurie’s things. I wasn’t sure what to do with it. Then I thought of you, and it seemed right that you should have it. But you don’t have to keep it if you don’t want it.”

His sister Laurie died in January. She was the youngest of all the cousins on my mother’s side, and my closest cousin. We hiked, skied, and went backpacking together. We went to Denali together.

In a sense it was Laurie’s death that prompted the family reunion. We’d lost two cousins, and it had been more than four decades since there had been a real get-together. Cousins came from Hawaii, California, Arizona, Kentucky, Georgia and New York to see each other once again.

I was afraid I wouldn’t know who everyone was. All I had to go on was old photographs. That was enough, though. Names came back when I saw each face.

Gary handed me a black leather case with a brightly colored woven strap. I remembered that strap.

It was Laurie’s camera – the camera she had taken with us to Denali and on our hiking trips. Yashica GSN Electro 35. One of the precious few possessions that she had kept for more than 30 years.

As I took it out of the case, I gripped the sides tightly where her hands had held it, wanting to feel her fingers in mine.

Then I laughed, remembering our semi-competitive discussions about which make of camera was best. I was a Pentax girl; Laurie swore by her Yashica.

It was as though Gary was giving me her eyes.

I clutched the camera against my chest. Laurie was still optimistic a year ago. She wanted to come to Ohio this year with me.

On the wall of the garage where we gathered to eat, my cousin Kay had hung up several dozen old photos, fastened with clothes pins on yards string. There were many photos I hadn’t seen before, taken by Kay’s family, or passed down through Kay’s mom, Bette.

I recognized our great-grandmother Otillia, and tried to figure out which of her grandchildren she was holding. (That’s them in the featured image above.)

I exclaimed over a snapshot of me as a baby with Grandma Gertie. At least a dozen different cameras took these photos, spanning almost 100 years. Hands gripped the cameras, eyeballs squinted into the viewfinder, fingers pressed the shutter button. The slow process of doling out all the shots on the roll of film, and then going to a photo store for processing, and waiting to see how they came out. A lot of them didn’t.

Over time the negatives were lost and the prints got shuffled and somebody got organized and threw out a lot of them, but those precious few photos are left.

The afternoon had gone and evening was approaching. We lined up in front of the house and put all the cousins in order of their birth year. We posed in family groups around Bette and her sister-in-law Katie, the last matriarchs.

Shutters clicked on a dozen cameras. I felt like a celebrity.

At last, we got everyone together for one final shot including the spouses. I watched the green light of the timer blinking steadily. Ten seconds passing on the counter of a camera.

The blinking sped up. I had the sensation of time vanishing. Our ancestors stood behind us in invisible rows.

Today’s penny is a 1973. That’s the year that Yashica first produced the GSN Electro 35.