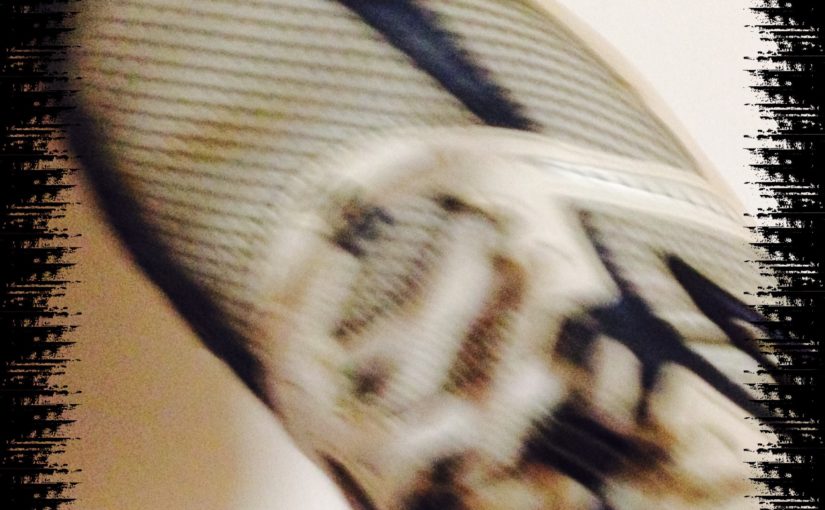 After a lot of contemplation, I chose stretchy black shorts and a form-fitting white top and some blown-out running shoes.

When you start a new exercise class, it’s important to feel comfortable but also that you look good, to yourself, or at least not like a slob dressed in rag-drawer clothes.

I can still see the clothes I bought when I first took aerobics, back in the mid-’80s. Rose pink bodysuit with mauve and purple swooshes, rose pink tights, gray shoes.

Of course, I was thin then – I mean really thin, not just the “acceptable Body Mass Index” weight that I am now. I probably weighed 30 pounds less than I do now. So I could actually wear pink tights and a body suit and not look like a birthday balloon.

The outfit helped because I’m not all that coordinated.

In grade school, I was the last one picked in kickball even though I was tall and could run like hell. Playing softball with my colleagues from my first newspaper job, in Ohio, was genuinely painful. But the coach was my boyfriend and he got me started with lifting weights and swimming laps, and by the time I left Ohio I was a lot more fit and a tiny bit more coordinated.

Along the way, I’ve taken yoga, Zumba, Tai Chi, dance aerobics, water aerobics, and various other forms of cardio and stretching classes. I’ve had a dozen personal trainers, a swimming coach, a box of books and a handful of workout apps.

And what I’ve learned are these three essential points:

So with my vast experience, today I was undaunted to try kickboxing.

I’m 57. Thirty years ago, when I took my first aerobics class, people would have laughed at the very notion of a woman my age starting a kickboxing class, if there even was such a thing.

Today, it’s cool, anyone does anything at any age.

The class appealed to me because it was something different and it was offered late enough in the afternoon that I could make it. I had no fantasy that after two months of kickboxing class I was going to be able to audition for a role in a Kill Bill movie.

I know only as much about boxing as one learns from watching “Rocky” movies, and yes, those were a long time ago. I have no interest in boxing. But this is an exercise class, so I figured it couldn’t be that hard.

Certain things about exercise classes are always the same.

You will not be able to understand half of what the instructor says – these days, it’s because she is using a scratchy headset; in the past it was because she was talking over the music from a scratchy boom box.

You will not be able to replicate certain patterns. Your arms will go in the wrong direction or your feet will skip two of the steps. This is less obvious if you can be in a sparsely attended class where people don’t have to be in rows.

You will hate at least some of the music, so it’s best just to think of it as a metronome. It’s there to keep you moving in time, not inspire you to win the Olympics. (Cue theme from “Chariots of Fire.”)

And no matter what you wear, from some angles you will not like how you look in the mirrored wall.

So kickboxing was fine, and fun, and I couldn’t do some of the moves, and I could do some pretty well.

I took my ibuprofen, and I might even go back.

Today’s penny is a 1985, the year I took my first aerobics class.