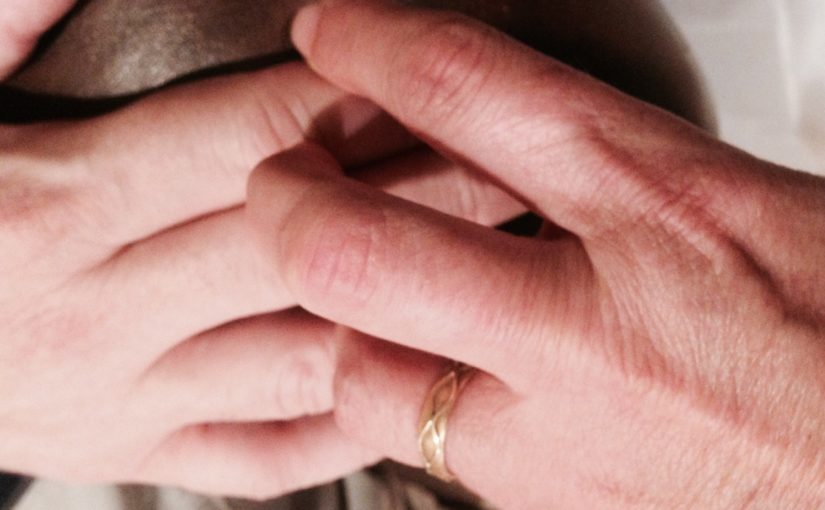 When I had to turn down a research gig, my contact at the client company wrote me a private note. She suggested that I get in touch with the Spousal Caregivers / Well Spouse Association.

She knew about it because her husband has had MS for seven years.

I was really shocked. She’s a young woman and she’s very cheerful and positive. I would never have known if she hadn’t told me.

This has happened a lot lately. When you share your troubles, you start to hear other people’s troubles too.

Like today. We met at the house with Dan, who’s the project manager for our restoration. Very nice, polite man who has lots of experience in construction. We liked the way he discussed the project, his candor and his realism. No glib talk from him.

Towards the end, we mentioned something about Tom’s stroke, and Tom told the story of how it happened. He mentioned that it was on my birthday, July 7.

Dan exclaimed at the date and said, “I was in ICU that day!” He’d woken up with his throat swelling shut that day. After multiple tests, the cause was still unclear. There is a node on his throat, though, and he is stuck waiting until November to see an endocrinologist, who will then decide about a biopsy.

Never would have known that Dan had that worry hanging over his head.

Since I joined the Facebook page for spousal caregivers, I’ve been surrounded by a caring circle that arose from other people’s troubles.

The caregiver group offers unqualified, nonjudgmental ears and virtual hugs, a safe space for weary caregivers to vent and weep. I read a few of the posts of other caregivers every day, and offer what positive thoughts and support I can. It’s a kind of prayer.

In that group, many of the ill spouses have terminal diseases, haven’t worked for years, are depressed, belligerent, or uncommunicative. Many times the well spouse is also struggling with money problems, relatives, health insurance shortfalls, and bad medical care.

I’ve got none of those problems. Yes, Tom had a stroke, but he is getting better and he does more every day. He does the laundry now, and he tries to encourage me to take breaks. He thanks me for what I do for him. He makes steady progress and I know he’ll be able to go back to work. His health insurance is excellent, his employers are understanding, and the doctors and therapists have been great.

Sure, a tree did major damage to our house and my residential life was blown up, but we are living in a nice rental and the house will be better than ever when it’s done.

It makes me feel better to hear the stories of other people who are bravely – and not so bravely, some days – dealing with a mountain of problems.

If they can do it, surely I can too.

Today’s penny is a 1988, the year that the Well Spouse Association was founded.

3 thoughts on “Other people’s troubles”