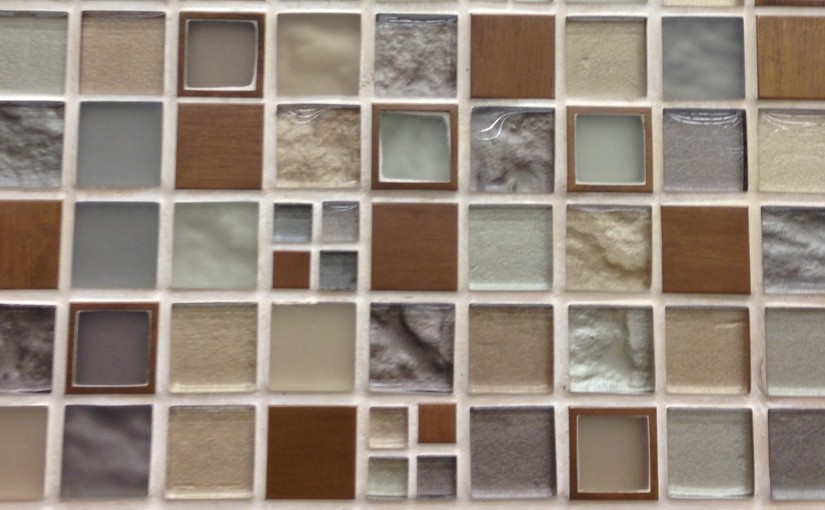 Dad used to joke that it cost $3,000 to have our living room curtains cleaned.

After they were dry-cleaned, the newly bright curtains made the rest of the room look dingy. A few months later, they’d bought new furniture, installed wall-to-wall carpet, and bought a TV with a hardwood cabinet. (You could do all that for $3,000 in 1968.)

Such behavior was really an abherration for my frugal parents. They were not given to makeovers of any kind.

Today, staring at the wall of tile choices in Home Depot, I realized that we were about to remodel the entire bathroom because the faucet leaks.

It started out simply: The handyman told me that, in order to get at and replace the leaking valve behind the faucet, he’d have to cut a hole in the bedroom wall behind it. With labor and supplies, we were looking at $400.

We have been wanting to redo the bathroom, and I thought, Why not just cut the ugly fiberglass shower-tub from the front, since it’s going to be replaced anyhow?

That means there will be a hole in the shower covered with plastic to keep water from going behind the fiberglass. And we have houseguests coming in October.

This is how we came to be standing in the tile section on a beautiful Sunday afternoon.

I felt claustrophobic. As though the walls of the house were leaning on me, threatening to bully me into submission to a materialism I detest.

We bought a new faucet and shower set – of course, the only one we really liked was $219. And we agreed on scheduling the remodeling “free estimate” next Saturday.

Tom takes these things in stride. He had very helpful thoughts on the tiles, regarding both their aethetic and practical values, and he is unruffled by the potentially very large price ticket.

But I just want to grab my backpack and never own another house again. Today’s penny is a 2007, to represent the year we bought this house. The penny definitely looks like it could use a makeover.

2 thoughts on “Day 48: The tiles of oppression”