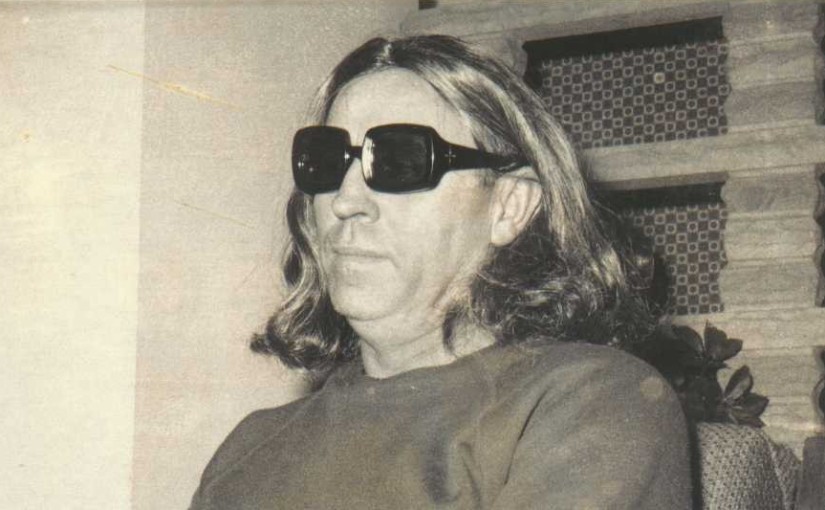 Aunts Clara and Bette showed up right on time to pick up Dad for a lunch outing that day. They pulled into the driveway – and got a shock.

Dad came to the door in his bathrobe and staggered to the car, moaning.

“Ohhhh, take me to the hospital!” he groaned.

Alarmed, they helped him lay down in the back seat, then barreled down the street toward the hospital.

Dad stopped moaning and sat up.

That was soooo Dad. Even in his late 80s, he still loved to play pranks on April 1.

Every year when we were growing up, we tried to be hyper-vigilant on that special morning. But he always got us.

I think that vigilance helped when I became a journalist. I found it easy to doubt and question, always on guard against being caught out as a fool.

But what helped me a lot more was a sense of humor.

To get through life, you’ve really got to be able to laugh. That especially includes being able to laugh at yourself when you’re a fool.

It’s also about being able to find ways to laugh even at little things – to make humor where there isn’t any.

Dad liked to play with words. He loved a bad pun, and never minded the groans and rolled eyes from his daughters.

He loved to recite: ” ‘I see,’ said the blind man, as he picked up his hammer and saw.”

When one of us girls fell and scraped a knee, and came to Dad crying, he’d say, “Just think how good it will feel when it stops hurting!”

Or his other line, “Just put a stone in your shoe and walk around, then you won’t even notice that knee.”

He was the fun guy in any group. He’d be the one wearing a wig. He’d just walk into the room, all casual, straight face. The wigs were even funnier because he was actually bald. I have an astonishing number of photos of Dad wearing a wig.

I don’t think I have any male friends who wear wigs just to amuse people.

A couple weeks ago, Donald the elder plumber said a word that I hadn’t heard since Dad died.

“We got one of those whatchamacallits,” he said.

That word gave me such a pang.

Dad always used “whatchamacallit” when he couldn’t think of a name for an object – and sometimes he used it when he knew perfectly well what the name was, just because it made his daughters laugh.

He’d also use the similar words doohickey, thingamabob, whosis. I don’t hear those words much either. Until Donald said whatchamacallit, I had almost forgotten it.

I missed Dad especially today. Nobody fooled me. Nobody even tried to. The day felt incomplete.

I’m trying to think how good it will feel when it stops hurting.

Really miss you, Daddy. Everyone does.