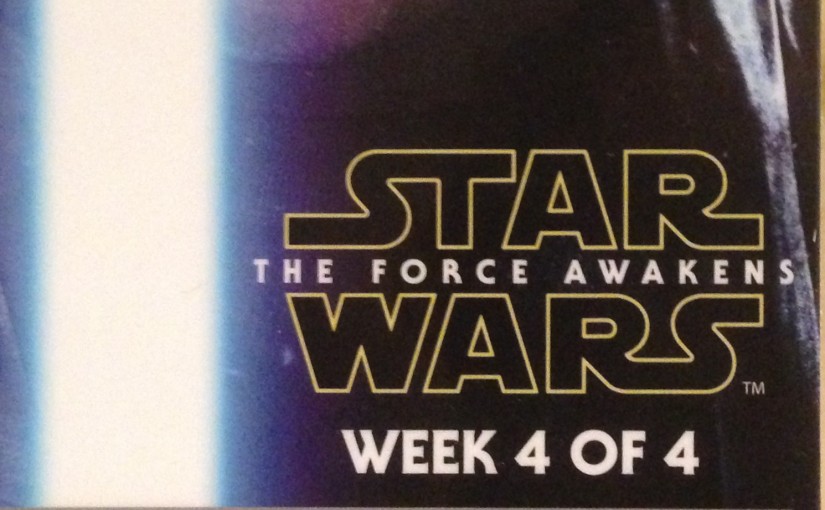 On my 18th birthday, I went with a group of friends to see a movie that had made a big splash about six weeks before. It was called “Star Wars.”

It cost $11 million to make, which was real money then, and it drew oohs and ahhs with the special effects. I don’t remember being impressed with either of those.

We had fun seeing it in a group. But I cynically dismissed it as a space-age Western, complete with good guys, bad guys, and plenty of shoot ’em up.

Just what the country needed, in that post-Vietnam, post-Watergate, post-energy crisis era.

Not sure who convinced me to see the second one, “The Empire Strikes Back,” but I was crazy about it. I listened to the scenes with Luke and Yoda repeatedly, and even transcribed parts of what Yoda instructed Luke because it fit so well with my own developing spirituality:

Size matters not. Look at me. Judge me by my size, do you? Hmm? Hmm. And well you should not. For my ally is the Force, and a powerful ally it is. Life creates it, makes it grow. Its energy surrounds us and binds us. Luminous beings are we, not this crude matter. You must feel the Force around you; here, between you, me, the tree, the rock, everywhere, yes. Even between the land and the ship.

And on it went. I saw the other Star Wars movies, each marking a different phase in my life.

Then for a long time, I didn’t see any movies like Star Wars at all.

Today we went to see “Star Wars: The Force Awakens,” at an Atlanta theater. IMAX and 3D brought every detail on top of us, and I had my hands up to protect my face more than once.

We enjoyed it a lot. The thrill and the fun of being a teenager were awakened by the characters, who are more diverse and much less cardboard cutouts than the earlier episodes in the series.

But I cried more than once.

Harrison Ford – he looks so old.

Still handsome, still a great actor, still a smuggler who steals the scene. But gray hair, lines in his face, and 73 years old.

Carrie Fisher was just 19, barely older than me, when she made the first Star Wars movie. Now she’s 59. She carries her own personal strength of character into her newer role, but seeing her with Ford was more than a little poignant.

I even got teary-eyed over seeing the Millennium Falcon. A dirty, worn hunk of metal, but those lines of the ship in the sand were so recognizable… the outline of a face nearly as familiar as Ford’s.

Mark Hamill got me the most. He speaks not a word, but the whole movie revolves around the moment that he turns and lifts his Jedi hood.

And then we see the face of a man in his 60s. A man who became hugely famous in his 20s as Luke Skywalker, but shrank into smaller roles in films and into voice and stage roles.

When I looked at Mark Hamill, Carrie Fisher, Harrison Ford, I felt that 40 years had passed as quickly as an actor puts on makeup.

It is 18-year-old Lisa that I mourn for. 2 thoughts on “The Force re-awakens”